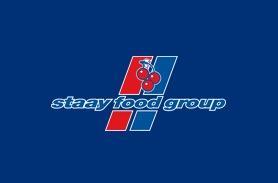 SFG Dulce, which exports the fruit to markets in Europe and the US, has been formed as part of the integration of Dulce MMO, a supplier based on Costa Rica's west coast south of the capital San José, into Staay's operations following the group's recent takeover of fellow Dutch importer Hispafruit.

Former Dulce MMO director Martin Otten will run the newly formed company and retains a 30 per cent shareholding, with Staay owning a 70 per cent majority stake in the business.

Susan Hoekstra and Sanne Speijers, both of whom hail from the Netherlands but live in Costa Rica, will continue to work for SFG Dulce as operations manager and financial manager respectively, a spokesperson for Staay confirmed.

In September, Staay Food Group confirmed plans to merge the operations of importer Hispa Fruit – in which it has held a 70 per cent share since May 2011 - into its own.

From the start of 2013, the group plans to introduce a single commercial division sourcing from its own production sites as well as from third-party growers.