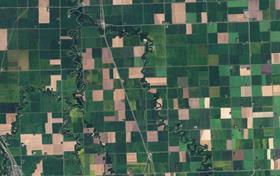 A Swedish start-up has developed a global satellite analysis tool to help reduce waste in farming and allow producers to grow healthier plants at a lower cost.

Vultus says the technology can lead to a reduction in fertiliser usage of up to 40 per cent, solving one of the biggest challenges facing farmers around the world – the over-fertilisation of crops.

“The system works by analysing the plants from space and evaluating their health by looking at their spectral signatures (the variation of reflectance or emittance of a material with respect to wavelengths),” explains the company’s Aiste Baronaite-Lund.

“It then provides farmers with the results, allowing them to modify their fertiliser usage accordingly.”

For a typical farmer, these up-to-date satellite recommendations could save up to 40 per cent of the fertilisers used. For a medium-sized farmer who works a field of 250ha, this could amount to a saving of €15,000 per year, the company says.

It is estimated that currently about 60 per cent of fertilisers go to waste due to lack of knowledge of which plants need more or less fertilisation. Over-fertilisation is believed to contribute to around 7 per cent of CO2 emissions in Sweden alone.

The system has been used by farmers and seed developers in Sweden for two growing seasons and Vultus is now launching the technology in partnership with four farm management software systems: Softfarm, ExactFarming, Efarmer and Fieldmargin, who count several fruit and vegetable producers among their customers.

“What really motivates us is the fact that farming is so inefficient, and we saw how it was being left behind by the technological revolution,” says William Håkansson, Vultus’s 22-year-old founder.