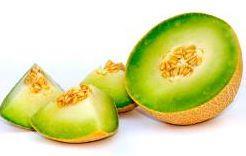 The 2020 Murcian melon campaign is underway, with growers reporting good quality and smaller sizes as the first fruit hits the market.

Producer and exporter association Proexport says sizeable volumes will be available from the second half of June.

“After the rainfall seen in recent months and fewer hours of sunlight early production will be characterised by smaller sizes than those we usually offer,” said Laureano Montesinos, president of Proexport’s Melon and Watermelon Committee.

Planted area in the Region of Murcia is similar to last year at 5,600ha, of which watermelons (black, striped, seeded and seedless) make up around 2,900ha, slightly less than in 2019.

Proexport said growers had made significant efforts and to maintain their activity and guarantee the health of their workers in the midst of the Covid-19 pandemic, incurring additional costs in the process.

“We believe that with the de-escalation [of lockdowns] in our different export markets, the rise in temperatures and the reopening of the horeca channel, there will be an increase in consumption both domestically and abroad,” Montesinos said.

The pandemic has, however, temporarily put the brakes on Murcia’s aim of reaching new export markets such as Asia and Canada.
Galia-type melons will make up around 42 per cent of exports this year, Yellow Honeydew a further 30 per cent, Cantaloupe 17 per cent and Charentaise 6 per cent. Piel de Sapo, the leading variety sold in Spain, only accounts for 5 per cent of exports.

Murcia is home to almost 57 per cent of Spain’s melon and watermelon production. Last year the region exported 252,298 tonnes worth €179m.

France is the leading market for melons, taking 28 per cent of exports, followed by Germany on 24 per cent and the UK with 18 per cent. In watermelons, the main markets were Germany (33.5 per cent), the UK (20 per cent) and France (13 per cent).