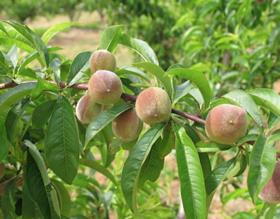 Early forecasts have always been a tough job for the European peach and nectarine sector, but the impact of Covid-19 has added to the unpredictability, with issues including labour availability still uncertain.

Although the annual Europêch' gathering in Perpignan was cancelled, Eric Hostalnou at the Chamber of Agriculture of Pyrénées-Orientales has once again compiled the view from the ground in Europe's main producing countries.

Greece is predicted to see an average season for peach and nectarine production, with volumes close to those of 2019. The season is expected to start 7-8 days later than last year due to a combination of rain, frost and low temperatures after a mild, dry winter.

A major issue this year concerns the seasonal workforce, with workers from Albania unable to return to Greece due to the Covid-19 crisis. This threatens to become a serious problem this season.

As a result of falling prices, peach orchards are on the decline in Greece, while the area dedicated to nectarines is increasing slightly. Delays in insurance payments from previous climatic issues have also hit the cashflow of producers.

Labour availability remains the number one problem facing Spanish producers this year, with regions such as Aragon and Catalonia reliant on a large foreign workforce that is currently unavailable. Some are calling for the government to adopt measures to allow workers from the Schengen area to return to farms and packhouses, as European countries including Germany have done. Combined with additional security measures, such labour problems are predicted to generate additional production costs of 20-30 per cent in orchards and packhouses.

In Catalonia, an early spring frost has caused direct damage to some fruit and affected the development of others. In Lleida, the impact has been irregular, affecting areas closest to rivers and lowlands worse, and hitting nectarines and flat peaches hardest. Although no figures are currently available, volumes are expected to decrease compared with last year.

Following a mild winter and good weather until March, repeated frosts in late March and early April have significantly affected crops in the north of the Italy, above all in Emilia-Romagna, while those in Veneto and Piedmont are less scathed. Frost damage has also been reported in the south, especially in Campania, but the impact in central and southern production areas is generally limited.

In the southern regions, production for 2020 is expected to be slightly lower than in 2019. On the other hand, the drop in production in the northern regions appears to be more significant, due to the reduction in area and limited yields due to frost. In the north, harvesting is a few days ahead of schedule.

Although France's peach and nectarine orchards have been subject to the same winter climate as its apricots, the former appear better able to withstand the lack of cold. Peach and nectarine areas have also been less impacted by the frosts, including in the Rhone Valley and Vaucluse.

For peaches and nectarines, flowering looks average, with low thinning demands. Early indications suggest fruit sizes could be higher than normal. Producers are hoping to be able to offer standard volumes and sizes from the start of the harvest in mid-June and avoid the same oversupply seen at the end of last season.

Following a regular decline in production capacity, France's peach and nectarine orchards have seen a renewal over the last two to three years, at a rate of 7-8 per cent for PDO peach and nectarine businesses – a development not unrelated to the complications faced by the apricot sector.