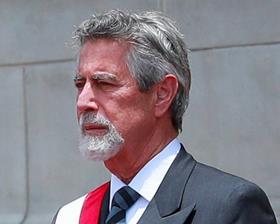 Peruvian export association Adex has warned that the country’s fruit and vegetable exporters could lose up to US$20m a day as a result of the truck drivers’ strike that had brought many of the country’s major roads to a standstill.

On Monday, truck drivers affiliated with the National Union of Transporters and Drivers (GNTC) began an indefinite nationwide strike to protest against rising fuel and toll costs and other labour-related grievances.

“On a daily average, we are talking about exports for US$20m, which are being put at risk for each additional day of delay without solution or possibility of these products being transported to different ports,” Edgar Vásquez, Adex’s director of global business and economy research, told RPP.

“If the cold chain is broken and shipments are delayed, the products will reach the supermarket shelves in different countries with less time and that reduces their price.”

Arturo Hoffman of table grape exporter Agrícola Don Ricardo, said the company had concluded its 2020/21 campaign and wasn’t immediately affected by the walkout.

“Exporters of avocados, pomegranates and some citrus fruits are probably not having a good time, but they have the advantage that these are products that they can stop harvesting,” he told Fruitnet. “With regard to asparagus, I imagine there will be some problems.”

The Association of Agricultural Producers Guilds of Peru (Agap) urged the government to reach a swift resolution with the unions, calling the strike “a stumbling block for economic reactivation” that disproportionately affects agricultural producers.

Agap said if the strike continued, it would lead to unemployment, large economic losses and a failure to comply with shipments to foreign markets, once again affecting Peru's reputation as a reliable supplier of food.

“We need a prompt solution so that the transport strike does not spread any further. Prolonging this measure in the midst of an economic crisis like the one we are experiencing is an additional blow that national producers do not deserve,” Agap president Alejandro Fuentes said on Thursday.

“We call on the transport unions and the national authorities to concentrate their efforts on reaching agreements that allow solving this conflict that is affecting the entire country and especially agricultural producers.

“Both must be flexible in understanding and solving the problem without abandoning the dialogue until a solution is found. However, public order must prevail at all times.”