It seems that grapes from Namibia had much better fortunes this season than those produced by growers on the South African side of the Orange River. 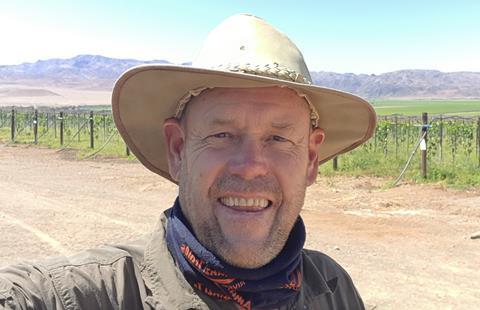 With the harvest just about complete, Namibia is set to achieve its pre-season forecast of around 8.5m cartons. On the other side of the river, however, things went the wrong way for South African growers.

There is one important difference between the two regions – Namibia’s well-known Grape Valley at Aussenkehr is located some 300km to the west. Its location seems to have made a major difference this year.

While unfavourable weather during crop setting wreaked havoc across Orange River vineyards in South Africa, the Aussenkehr region had much milder weather.

“The result can be seen in the final crop packed from the Namibian vineyards,” said Andre Vermaak, well-known Namibian table grape personality.

The Orange River crop in South Africa is expected to be well down on expectations, with some growers referring to it as the worst production year since the late 1990s.

Vermaak explained that by week one just short of 8m cartons had been packed and approved by the Namibian quality inspection service. “We believe they will end on the projected export volume of 8.5m cartons, which will be a great result for this season after some difficult years.”

Fortune smiled further on the Namibians when their grapes arrived in a relatively empty pre-Christmas market. During this period, prices were up to 25 per cent better than the previous year, Vermaak confirmed.

In South Africa’s Orange River region, the harvest concluded earlier than in the past few years. It is not yet certain what the final export figure will be.

According to Vermaak, one of the big talking points has been the introduction of Arra 33, or Honey Pop as it is known.

“For our growers this is extremely important because Honey Pop is viewed as a replacement for the two early varieties, Early Sweet and Prime Seedless. This new variety has great taste and will lift the profile of the early Namibian crop.”

Vermaak said that around half of the Namibian crop this year will be from the Arra range of varieties.

Another variety drawing attention is Ard 36, which is an attractive red grape and also ripens in the early season.

“With these two new white and red cultivars around in the early season, it will be great for growers who pick mixed white and red grapes together in punnets,” he added.