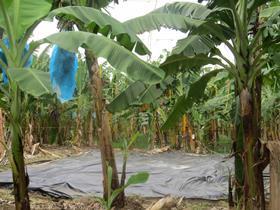 A suspected case of Fusarium wilt Tropical Race 4 has been reported on a banana farm in Venezuela, according to reports in the Latin American press.

The news comes just weeks after it was confirmed that the deadly fungus had been discovered on a farm in northern Peru, sparking fears that attempts to contain the disease since its arrival in Colombia in 2019 are not working.

Although the Venezuelan authorities have not confirmed the presence of TR4, photos and videos of the affected plantations in circulation strongly suggest this to be the case.

On studying the footage, Alfredo Saltos, the former Ecuadorean Agriculture Minister told Expreso that it was “clearly a case of fusarium”.

However, Colombia’s plant health authority, ICA, which is spearheading regional efforts to contain the disease, said confirming the findings would be difficult due to the complex political situation in Venezuela.

According to ICA’s national technical director, Jorge Hernán Palacios, the organisation has held a number of meetings on phytosanitary protection with other supplier countries, but Venezuela has failed to attend any of them.

Moreover, the Venezuelan authorities have consistently failed to share relevant data on plant health with other countries in the region, ICA said.

Patricio Almeida, director of Ecuador’s plant health authority Agrocalidad, said the lack of cooperation from Venezuela officials had led to a “critical situation”.

“We have no information; it has left or stopped participating in certain regional blocs, that has not allowed us to have much information on issues not only related to agriculture but also to health issues such as Covid,” he said.

While the route by which the fungus entered Colombia in 2019 has not been established, unofficial reports suggest it entered via plant material imported by a multinational.

However, other reports point to the presence of Venezuelan workers and migrants in La Guajira, the area where TR4 was first reported, which borders Venezuela.