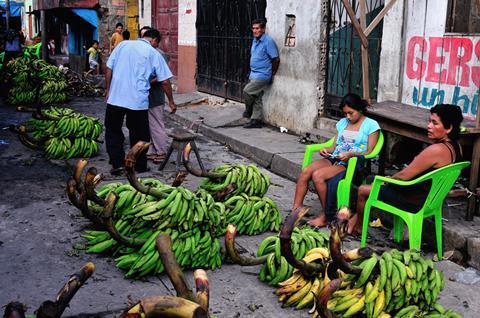 Latin America's banana business is on high alert once again after Peru reported its first suspected case of TR4, the soil-borne fungus that causes the devastating Fusarium wilt or Panama disease in banana plants.

The country's National Agricultural Health Service, Senasa, said it had detected a possible case of Tropical race 4 – a strain of Fusarium oxysporum – on a 0.5ha field in Sullana, to the north of Piura in northern Peru.

Fruitnet understands that field samples have been sent to Senasa's Plant Health Diagnostic Centres for analysis, and that experts in other parts of the world have also been called upon to assist with identifying the disease. The results of four different tests are expected in the coming days, it said.

'As a preventive measure, precise phytosanitary actions have been adopted in the sector and peripheral areas, which will prevent the spread of the quarantined disease, if it is confirmed,' the group said in a statement.

'Likewise, a phytosanitary alert has been initiated at the national level to protect all areas of banana and plantain production.'

The likely discovery of TR4 (Tropical race 4) in Peru comes just a couple years on from the July 2019 discovery of South America's first ever case of the fungus in northern Colombia.

As was the case two years ago, the banana industry in neighbouring Ecuador is also on high alert following the possible discovery.

Ecuador’s Agency for the Regulation and Control of Phytosanitary and Animal Health (Agrocalidad) asked exporters and producers of the fruit to strengthen measures designed to prevent the fungus' entry into the country.

Agrocalidad confirmed that at the moment TR4 is not present in Ecuador. The agency also pointed out that it has developed 11 specific technical protocols that focus on the exclusion, suppression and eradication of TR4 if it were to appear in the country – including a contingency plan that was updated in December 2020.

According to the Association of Agricultural Producers Guilds of Peru (AGAP), between January and August 2020 Peru exported 150,903 tonnes of organic bananas with a value of more than US$105m.