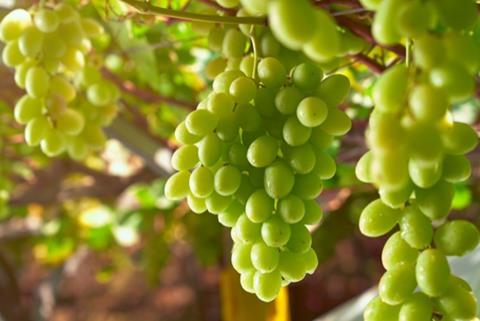 The study, published in the journal PLOS One, surveyed more than 2,800 people across the US to see how accepting they might be of gene-edited table grapes, even though none are yet available on the market.

Most respondents cared more about the grapes’ taste, followed by their appearance, than how they were bred. Participants also ranked a preference for fewer pesticides, third, and only fourth, did they express a slight preference for traditionally bred grapes over gene-edited ones.

“In general, the biggest thing they cared about is taste, the flavour-related attributes,” said Karina Gallardo, a WSU economics professor and corresponding author on the study.

“They did state wanting a price reduction for gene editing, but the difference was not statistically significant, which means they were basically indifferent.”

More than half of the survey participants said they knew the difference between the gene-editing technology CRISPR, and genetic modification, which involves combining genes from different species, although they couldn’t state what exactly that difference was.

To better understand the survey responses, the researchers segmented the participants into four groups depending on their level of acceptance of gene-editing.

They found that one group, representing 22 per cent of the participants, who were the most accepting of gene editing were also the most informed and trusted many sources of information, ranking scientific sources the most highly.

The group that most strongly rejected gene-editing, accounting for about 16 per cent of respondents, knew the least about the technology and had little trust in any sources of information including scientists, government and the media.

The other two groups were seen as slightly or moderately rejecting gene editing.

According to Gallardo, the technology will become an increasingly important tool for producers to meet demand for food especially in the face of climate change and its associated increase in pests and plant diseases.

“We cannot rely on the plant breeding technologies of 30 to 40 years ago to make improvements we badly need now,” Gallardo said. “People should know that this technology is safe. Gene editing has been developed in academia, so everything is transparent. We publish everything we do. Nothing is hidden.”

In addition to Gallardo, co-authors include first author Azhar Uddin of WSU’s Institute for Research and Education to Advance Community Health (IREACH) and Bradley Rickard of Cornell University as well as Julian Alston and Olena Sambucci of University of California, Davis.