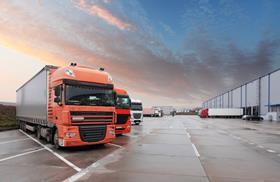 Cold chain tracking technologies are currently going through a major transition. For years, our industry has relied on 2G and 3G cellular networks to provide the technology infrastructure that enabled real-time trackers to transmit live location and temperature data on in-transit perishable shipments.

But in many regions around the globe, the mobile device industry has begun sunsetting 2G and 3G networks to focus on newer 4G and 5G technologies. As this transition takes place over the next several years, end users of real-time cargo tracking devices may experience gaps in their live shipment monitoring and tracking capabilities.

Real-time trackers have become integral parts of food quality and safety initiatives for many stakeholders in the perishable supply chain. Combined with a cloud-enabled infrastructure and supporting software, this solution gives growers, logistics companies and food retailers live access to in-transit shipment location, temperature and other sensor data.

As 2G and 3G networks become obsolete, end-users that have not addressed the technology transition may experience data gaps in their in-transit shipment coverage, which could result in an inability to monitor food quality and safety in real time.

Unfortunately, many companies are unaware of the cellular network transition and haven’t been watching for any disruptions in coverage. It’s important to understand that coverage areas may vary from region to region, so companies should monitor their shipping routes closely for signs of network connectivity disruptions such as increasing blind spots in visibility to shipment location/temperature data, intermittent brownouts of real-time access, and gaps in historic trip coverage and data points.

2G network capabilities have been ideally suited to the unique data requirements of real-time tracking devices, which transmit only small packets of data periodically. Compared to 4G and 5G technologies, 2G requires little memory, battery power and bandwidth. This has helped 2G- and 3G-based tracking devices to serve a critical function at an accessible price point.

But with the sunsetting of 2G and 3G networks, real-time trackers will need to transition to the next generation of cellular network technology, by utilising emerging low-power, wide area (LPWA) network technologies that have evolved from 4G LTE – Category M (Cat-M); and Narrow band IoT (NB-IoT). These new networks will help keep real-time trackers cost-effective while delivering similar performance characteristics.

To help the perishable cold chain industry make this transition, Emerson is developing the next generation of real-time tracking devices that utilise the new Cat-M and NB-IoT networks.

We recently launched the first of these new devices, the GO Real-Time 4G/Cat-M Tracker at Fruit Logistica in Berlin. These are designed with multi-network technology that will allow them to utilise emerging networks while “falling back” to 2G connectivity as needed.

This will help eliminate real-time dead zones by providing coverage for shipments that travel between legacy and emerging networks.