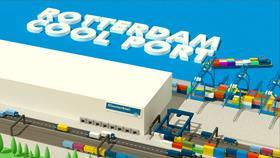 Dutch fresh produce company Total Produce BV, part of the eponymous Ireland-based multinational, has signed an agreement with distribution and logistics specialist Kloosterboer which will see it relocate to the Waalhaven area of Rotterdam.

The move, which is scheduled for the first half of 2017, involves Total Produce taking up residence at Kloosterboer’s new Cool Port development, a state-of-the-art distribution centre due to be constructed in partnership with the Port of Rotterdam, starting in early 2016.

“Fruit and other refrigerated products will be delivered to and stored here, and where necessary, processed (pre-pack, ripening, etc) before they are sent out to their final destination,” Total Produce said in a statement.

“By applying the latest technology at the distribution centre, the best possible service can be offered to customers.”

According to the company, Cool Port’s location in Waalhaven, on the southern side of the Nieuwe Maas river, more or less due south from the fresh produce trade’s traditional home around the Marconistraat area Rotterdam’s Nieuw-Mathenesse neighbourhood, is a clear plus point.

“It will enable Total Produce BV to take advantage of several different modes of transport, including water, rail and road,” it explained. “Located on the waterside it will not only be possible to take full advantage of the barge [network], but also to export over water via short-sea connections to Scandinavian countries.”

Cool Port also offers good rail connections, it said, while Cool Port’s new, modern warehouse would lend itself well to a “considerable improvement” in service compared with the current set-up, providing it with a number of in-house packaging options.

Managing director Michel Jansen added: “By entering into a partnership with Kloosterboer, we will be able to offer our customers the level of service they demand from us, now and in the future.

“We have full confidence that by bundling our expertise, we will reinforce one another and that together we can set up a successful operation with a focus on the future.”