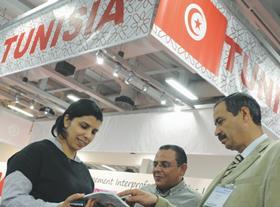 Exports of fruit from Tunisia increased by 65 per cent to 46,500 tonnes in 2021 compared with the previous year, according to data from interprofessional group GIFruits.

According to the data, pomegranates and watermelons were Tunisia’s most exported fruits during 2021, with volumes exceeding 12,000 tonnes, followed by peaches with 9,200 tonnes.