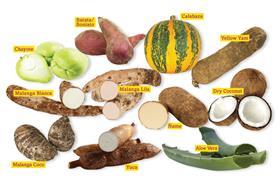 Turbana Corporation has announced in a press release a unique programme for its tropicals line that will help US retailers to capture the ethnic market – the fastest growing segment of the US population.

According to Nielsen, Hispanics and Asians increased by 47.3 per cent and 51 per cent respectively between 2000 and 2012, and this increase is expected to triple by 2050.

“Ethnic consumers value fresh and high quality fruits, eat at home four to five times per week, and cook from scratch more often than the average consumer,” Turbana said. “They also shop about two to three times per week and spend more dollars per visit.”

Turbana said the goal for its tropicals programme is to help retailers to optimise their sales by capturing these growing segments of the population, while also helping retailers to stay ahead of the competition by making their stores a one-stop-shop for ethnic markets.

Turbana said that its tropical range gives retailers the opportunity to reach a very specific and substantial consumer market in the US, while introducing mainstream consumers to ethnic tropical produce items.

“With Turbana’s level of expertise in tropicals, Turbana is offering a mobile application where each retailer can login, learn more about ethnic tropicals, their consumer profiles, and discover relevant demographics in each of their stores’ market area in order to customise their tropical produce and cater to that population’s needs,” the company noted.

Turbana’s programme also offers retailers some knowledge of ethnic holidays to ensure that they are equipped with specific produce for holiday occasions.

QR codes will also be featured on a selection of the tropicals that provide creative recipes, appealing to both the ethnic markets and the mainstream consumer.

“Our goal is to give retailers an opportunity to garner a new type of consumer with high buying power,” explained Ricardo Echeverri, vice-president of Turbana Tropicals.

“The ethnic market in the US is a significant one, one whose diet is dependent on tropicals, and we want to help our retail partners turn their stores into a destination for this quickly growing market.”