UK will suffer from no deal, says OECD 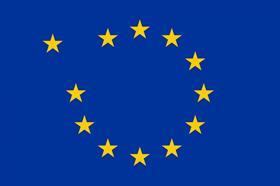 Failure to strike an EU trade deal will land a “serious” blow to the UK economy and a “strongly negative effect on trade, productivity and jobs in the longer term”, the OECD has warned.

In an assessment of the UK’s prospects contained in its six-monthly global Economic Outlook published yesterday (1 December), the OECD said: “The failure to conclude a trade deal with the European Union by the end of 2020 would entail serious additional economic disturbances in the short term and have a strongly negative effect on trade, productivity and jobs in the longer term.

“By contrast, a closer trade relationship with the European Union than expected, notably encompassing services, would improve the economic outlook in the medium term.”

The OECD forecasts suggest the UK will suffer one of the biggest contractions in the G20 group of countries in 2020.

By contrast, the US economy is forecast to shrink by 3.7 per cent, Germany by 5.5 per cent and France by 9.1 per cent in a year when the global economy has been convulsed by the impact of Covid-19. China’s GDP is forecast to grow by 1.8 per cent.

The OECD’s most recent previous prediction saw a 10.1 per cent fall in UK GDP over 2020.

Meanwhile, with just days until the transition period ends, business secretary Alok Sharma said yesterday he had written to nearly five million firms to outline “the top actions they need to take”, urging them to prepare for new paperwork and procedures, as the government announced it would build a new Border Operation centre to ease “short-term disruption”.

And, according to the Independent, Ireland’s Taoiseach is braced for delays until February, joining Labour in accusing the UK government of placing a “very significant” burden on businesses.

The government’s official forecaster, the Office for Budget Responsibility, has projected a 2 percentage point reduction in GDP in 2021 if no deal is in place by 31 December.