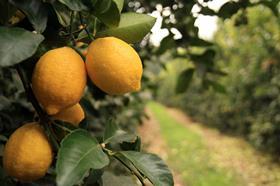 Argentine fruit exporters are bracing themselves for heavy losses in the wake of Russia’s invasion of Ukraine.

As the leading destination for apples, pears and lemons, any disruption to shipments to Russia will have serious financial implications for producers, who already face unprecedented pressure from skyrocketing production and logistics costs.

While Argentina has not yet signed up to the economic sanctions imposed by much of the West, the devaluation of the rouble will hit consumer purchasing power and reduce the income growers receive for their fruit.

Russia’s ejection from the SWIFT system and a shortage of foreign exchange will complicate and delay payments, leaving growers facing increased financial costs.

According to La Nación, a source close to Agriculture Minister Julián Domínguez has been quoted as stating that the government has no plans to introduce any restrictive measures to bilateral trade.

Meanwhile, lemon producers in the province of Tucumán have decided to delay the start of the 2022 harvest due to growing uncertainty surrounding the Ukraine conflict.

Russian and Ukraine take around 25 per cent of Argentina’s total export volume, virtually all of which comes from Tucumán, with shipments ranging from 40,000-50,000 tonnes of each year.

ámbito reported that Tucumán governor Osvaldo Jaldo met with Pablo Padilla, president of the Argentine Northwest Citrus Association (ACNOA) on Thursday to coordinate actions to mitigate the expected logistics and financial implications from the crisis.

According to the Minister of Productive Development of Tucumán, Simón Padrós, 50 per cent of the foreign exchange entering the province comes from the export of lemons and their derivatives.

Before the meeting, Padilla announced that this year’s harvest would be delayed and fewer people employed to pick the fruit.

“We have unsustainable cost growth. The cost of fertiliser has increased by 100 per cent. Maritime freight has also increased. And now we face a hike in the price of gas. We don't know if there will be enough gas, and it is essential,” Padilla told Radio Tucumán.

Jaldo said the national and provincial government would work jointly with producers to find solutions to the challenges facing producers and exporters.

Earlier this week, the Southern Hemisphere Fresh Fruit Exporters Association (SHAFFE) reported that South Africa and Argentina would be hit particularly hard by the conflict as they are the main suppliers of fresh produce to Russia.

SHAFFE warned that diverting the excess supply of citrus, apples and pears to other markets such as the European Union and US “could lead to an excess supply from those markets with the consequent financial losses for exporters”