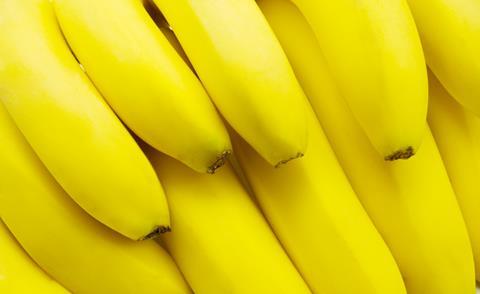 A preliminary report released by analysts at the Ukrainian Horticultural Association (UHA) indicates that Ukraine imported a record number of bananas in 2019.

Director for development at UHA, Kateryna Zvereva, said the increase was characteristic of a few different factors.

“The record volume of banana imports to Ukraine is observed against the background of growing production of Ukrainian fruits and berries, and a decrease in the number of consumers after losing control of the Autonomous Republic of Crimea and other regions in the country,” said Zvereva.

According to UHA, the average resident in Ukraine consumed more than 6kg of banana in 2019, represented in an increase of 20-22 per cent.

Economist at the United Nations’ Food and Agriculture organisation (FAO) said banana consumption continues to grow, despite there being more affordable options for consumers.

“Despite the huge imbalance in banana and apple prices in the domestic market, banana consumption continues to grow,” explained Yarmak.

“In the first half of the season, retail prices for bananas were three times higher than for apples. In the second half of the year, bananas were still sold for an average 70-80 per cent higher at retail. Despite this, imports have continued to grow.”

Yarmak believes the main reason behind the surge in popularity of the banana is due to where the fruit is sold.

“More apples are sold in bazaars and stalls than in supermarkets, whereas bananas are mainly sold through supermarket chains, and selling this tropical fruit to supermarkets is now much more profitable than that of an apple,” he said.

The largest exporters of bananas to Ukraine include Ecuador, Costa Rica and Colombia. Analysts at UPRA suggest the strong consumer response to bananas will likely see an increase in imports of other tropical fruits, including mandarin, orange, lemon, grapefruit, kiwifruit and avocado.