USITC rules on US blueberry imports 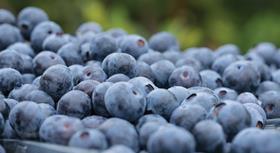 The US International Trade Commission (USITC) has determined that fresh, chilled, or frozen blueberries are not being imported into the US in such increased quantities as to be a substantial cause of serious injury to the domestic industry.

The USITC began its investigation following a request from the Office of the US Trade Representative on 29 September 2020 and will now submit its report to the US President.

The decision is a significant result for blueberry exporters that target the US such as Mexico, Peru, Chile, Argentina and Canada. Some sections of the US industry had also opposed import restrictions contending the ability to provide year-round supply to US consumers helped both domestic and foreign producers.

However, other sections of the US industry were decision discouraged by the decision such as the American Blueberry Growers Alliancewhich represents growers from Oregon, Washington and California and the American Farm Bureau Federation.

“We will continue to work with USDA, USTR and the Department of Commerce to find meaningful assistance for our domestic blueberry industry.”