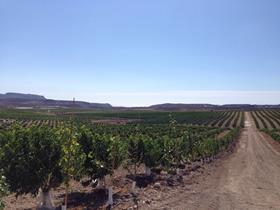 Producers in Murcia fear the mild winter could lead to a collapse in the stonefruit market when the new season gets underway.

Pascual Hortelano of the Federation of Agricultural Cooperatives of Murcia (Fecoam) has warned that an expected early start to this year’s campaign could result in an overlap with other fruits and cause a fall in prices.

He said this winter’s high temperatures could bring the season forward to mid-April, causing an overlap with other types of fruit available on the market.

“February has brought the warmest spring in the region for 30 years. The trees have been affected by the fact that the only cold they saw was the frosts in the first half of January,” Hortelano said. “Since then everything has changed and the cycles have accelerated.”
Hortelano noted that climate change was already a reality that growers have to contend with.

Producers are hoping that March will bring cooler temperatures to slow the evolution of the fruit and allow it to increase in size.