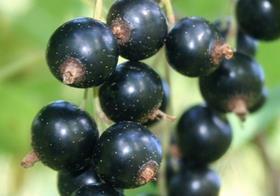 The business behind the popular drink Ribena has invested over half-a-million pounds into developing climate resilient UK blackcurrant varieties, as the British weather continues to warm due to climate change.

With blackcurrants requiring a sustained period of cold temperatures to properly grow, there are concerns about the future of the industry, which produces 10,000 tonnes of blackcurrants in Britain each year.

Over 90 per cent of that goes into making Ribena, which is the fourth most popular beverage in the UK, according to a YouGov survey.

The UK’s 10 hottest years on record have all occurred since 2002 and winters in the UK are getting gradually warmer, which causes blackcurrant trees to produce less fruit, and have a shorter lifespans.

Lucozade Ribena Suntory (LRS) has invested £500,000 into the James Hutton Institute over a five-year period to develop varieties that can cope with warmer climates, and keep British blackcurrant growers in business.

Dr Dorota Jarret, a soft fruit breeder at the Institute’s commercial subsidiary, James Hutton Limited,said: “Development of climate-resilient varieties is high on the James Hutton Institute’s agenda and blackcurrants are an important species in understanding the effect of climate change.”

The LRS-backed research will also be on the lookout for berries with high anthocyanin levels, the compound that gives berries their purple colour, and for varieties that are naturally more disease and pest resistant.

Harriet Prosser, who works as an agronomist at Lucozade Ribena Suntory, added: “Sourcing local blackcurrants from British growers keeps food miles low and allows us to trace every berry back to its field.

“Whenever someone buys a bottle of Ribena, they can be confident they’re helping to support biodiversity on our farms and research into the most sustainable ways of farming. I look forward to extending the purple patch that we’ve had with the James Hutton Institute for nearly three decades and making sure the UK’s blackcurrant farmers have a bright future.”

Jarret added: “Together with LRS we pursue a truly integrated approach, satisfying the needs of the whole supply chain, from helping to secure the livelihoods of UK blackcurrant growers by improving sustainability of the crop, to ensuring the highest quality fruit for consumer satisfaction.

“Continuous investment from LRS is a forward-thinking move towards securing the future of the crop and we are delighted to play a part.’’