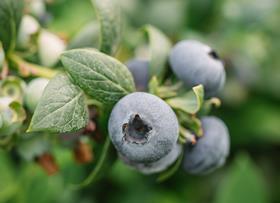 Global soft fruit producer BerryWorld expects exports to rise by a quarter this year as the group continues to make “significant strides” towards year-round supply of the fruit.

Established in 1993, BerryWorld South Africa has become the biggest blueberry exporter in the country, with low and high-chill growing locations in South Africa and Zimbabwe to ensure an earlier start and a longer season.

Indeed, the 2021-22 season has been the earliest ever for BerryWorld in South Africa, with the first pick for local supply starting in April.

“We are expecting a strong season with exports up by 25 per cent year on year as we continue to work with our expert grower base to extend our season and to deliver the best quality blueberries to our customers around the world”, said Jason Richardson, managing director at BerryWorld South Africa.

Premium exclusive varieties are at the heart of the company’s offer, and BerryWorld and its partners hold exclusivity in Southern Africa to grow premium varieties from award-winning southern hemisphere blueberry programme Mountain Blue, widely known as MBO.

Second-generation varieties from MBO, such as BerryWorld Eureka Sunrise, have started to arrive and “the variety has all the best qualities of its parent, BerryWorld Eureka, including large size and crisp texture,” the supplier said.

The variety was developed by well-known breeder Ridley Bell in 2014 for its early ripening, high yield and flavour, garnering praise from both retailers and consumers.

With a focus on innovation and varietal improvement, BerryWorld South Africa also runs a dedicated R&D site and partners closely with a dedicated nursery. They supply both BerryWorld-brand and own-label blueberries to retailers in South Africa, Europe and the Middle and Far East.