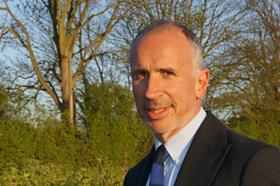 Brassica growers have threatened to quit producing the crops unless returns improve.

A recent meeting of brassica growers laid bare the strength of frustration at the challenges facing the sector, according to trade body British Growers. They are having to contend with static returns at a time of worker shortages, as well as rising transport and packaging costs - on top of the existing challenges of Covid-19.

New immigration and quarantine regulations have affected the willingness of Settled and Pre-settled status workers to return to the UK and increased the reliance on the new Seasonal Worker Permit scheme. Growers are experiencing intense competition for workers from higher-margin industries who are tempting some staff away from the UK’s fresh produce sector.

The well-documented shortage of haulage drivers has also driven up haulage prices and led to a scarcity of drivers, especially at weekends. Packaging is also reportedly in short supply, resulting in rising prices. Even the costs of fertiliser and basic machinery are said to be outstripping the rate of inflation, with prices up by as much as 40 per cent.

Jack Ward, chief executive of British Growers, said stress levels are running high across the fresh produce sector, with other crops such as onions, carrots and leeks experiencing the same problems. 'We’re reaching the time in the year where the sector is flat out and retailers depend on the UK’s growers for supplies of super fresh vegetables and fruit,' he explained.

'We desperately need to see an improvement in returns to growers to cover these escalating input costs. Labour costs have risen by as much as 15 per cent already as growers try to attract staff and compete with other industries. Haulage contracts are proving more difficult to arrange with prices up by 10 per cent and the possibility of further rises as the season progresses.

Fruit and veg represent incredibly good value for money, but growers need to cover their costs and reinvest in their businesses, Ward added. One brassica grower at the meeting said: 'We can’t operate in an environment where costs go up and up and product prices don’t - this is a road to ruin. Everyone is focused on improving efficiency and delivering more for less, but this can only go so far.'

Ward continued: 'With the interest in healthy eating and the increased consumption of vegetables and fruit, we should be looking at an exciting new phase of fresh produce production here in the UK. But unless there is some acceptance that returns to growers must reflect increased input costs, the appetite to soldier on and reinvest for the future is being seriously eroded. Growers keep being asked to mitigate inflation, but they are already working on paper-thin margins and there is nothing left to be squeezed. Unless there is a serious shift in the valuation of food, we are at risk of crops being left in the ground and supermarket shelves left empty.'

Jack Ward will be discussing margins as part of an Industry Leaders' Panel at the upcoming Festival of Fresh on 13 July. Tickest are available for free at www.fpjlive.com.