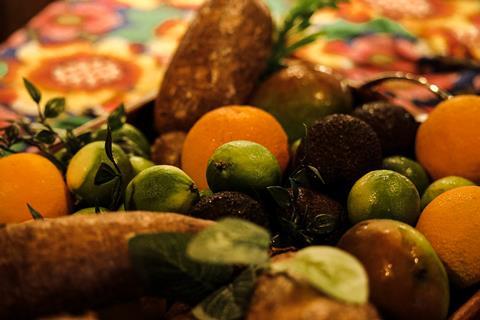 The first UK edition of Casa Brasil will launch in London’s Covent Garden on 25 August following the event’s success in New York earlier this year.

Visitors exploring the interactive experience at The Stables on Earlham Street in London’s Covent Garden will discover traditional food and drink such as tropical fruit and açaí, as well as coffee and cachaça.

A garden market, cooking shows and demonstrations will feature some of Brazil’s finest produce from across the country’s five regions, and guests can also expect wine, cocktail and drink tastings, bartender and barista experiences, fashion shows, and musical performances.

Casa Brasil will highlight to guests that Brazil is open for business and investment. Networking, foreign export and trade events will be hosted on site, where guests can listen to keynote speeches from sector specialists in food and drink, agriculture, fashion and ornamental stones.

Hosted by ApexBrasil, the Brazilian government’s trade and investment promotion agency, in partnership with some of Brazil’s largest producer associations, the fortnight-long festival will span two landmark celebratory dates.

Opening on Thursday 25 August, just before London’s Notting Hill Carnival weekend, and concluding on 7 September, the bicentenary of Brazil’s Independence Day, Casa Brasil will celebrate the country’s flourishing culture that has developed over the last 200 years.

The event is open and free to all and is being billed as an opportunity for Londoners to experience the best gastronomy, furniture, interior design, fashion, and culture that Brazil has to offer. Each day will have a different focus, with Brazilian fruit taking centre stage on 4 September.

As its name suggests, Casa Brasil transports visitors directly into a traditional Brazilian home, complete with furniture, utensils and décor that evoke a spirit of Brasilidade (Brazilian-ness).

Business director of ApexBrasil, Lucas Fiuza, said: “Brazil is a melting pot of cultures, heritages and flavours, and this celebration will champion the country’s unique fashion and gastronomical creations, mixing the best of indigenous, African, Asian, and European heritages with the country’s rich cornucopia of abundant produce.

“Casa Brasil will open London foodies’ taste buds to a whole new perspective, with flavours and combinations not often found outside Brazil.”

There will be 16 Brazilian companies present across the fortnight, and more than 50 pieces in exhibition, in partnership with 26 sectorial associations. In total, 77 activities are expected.

Brazilian celebrity chef, Luciana Berry, has curated the food and drink side of the event, creating a gastronomical journey for visitors with the help of other big names in food and drink.

A graduate of Le Cordon Bleu, Berry was crowned the 2020 winner of Top Chef Brasil and was a semi-finalist on Masterchef Professionals UK.

She said: “Casa Brasil is a multisensory journey that begins in this geographical vision, a vibrant Brazil to be discovered and experienced in a unique way.”

Live cooking demonstrations will be directed by MasterChef The Professionals 2020 winner, Alex Webb, and the head chef of Claridge’s Hotel in Mayfair, Jorge Baumhauer da Silva, among others.

Click here for more information on the festival’s schedule.