The society will be rolling out new, modern and fresh branding as sales approach £1 billion for first time 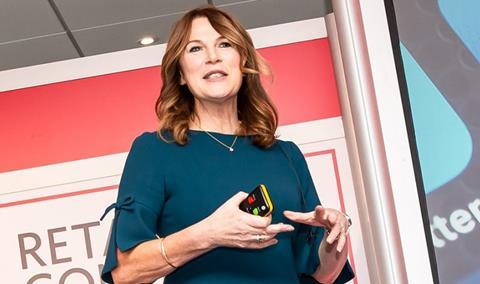 Central England Co-operative has announced a rebrand as it changes its name to Central Co-op, reflecting the ongoing development and expansion of the society as sales approach £1 billion for the first time its long history.

Alongside the name change, the society will be rolling out new, modern and fresh branding using the International Co-operative Alliance’s global marque as part of its new identity as Central Co-op.

Debbie Robinson, chief executive of Central Co-op, said: “We’re continuing our journey as we set our society up for future success. We’ve adopted the globally recognised marque of co-operation to show our solidarity with the wider co-operative movement as part of our Society wide rebrand. Key to all of this is a refresh of our identity, we want to be modern, warm, relevant and inclusive so we can welcome the next generation of co-operators to our society.

“As we look to the future with our purpose in mind of `creating a sustainable Society for all`, we continue to invest in our society and have explored a number of options. Following extensive research with members and customers we’ve taken the decision to update our identity and name.”

The rebrand rollout across Central Co-op’s trading estate will take place as part of its ongoing regeneration plan for its 400 plus trading sites across funeral homes and food stores.

In the last 18 months it has opened 9 new stores and regenerated 63 of its existing estate. Central Co-op’s upcoming new openings in Eastham (4 November) and Sawbridgeworth (11 November) will be the first of its food stores to receive the new look branding.

The rebrand complements the ongoing campaigns driving value and the benefits of co-operative membership, the group said. Earlier this year, Central Co-op launched ’Shop locally, for less’ to highlight the value of supporting local community stores, as well as the budget friendly deals that can be found in stores including member exclusive pricing launched on 26 October across over 50 everyday essentials.

Central Co-op launched the Co-operative International Trading Development Fund in July with an initiative focused on moving the poorest communities in the world out of poverty. The Fund’s first project, Our Malawi Partnership introduced a range of Malawi-linked products to Central Co-op’s Members and customers with a proportion of sales funding co-operative projects in Malawi.

Its commitment to sustainability has seen the development of three community sustainable spaces open in 2022, in Dodworth, Desborough and Yaxley, with more planned for the future. In addition, the society is introducing photovoltaic energy generation across 60 of its trading sites as a means of reducing its reliance on the grid, reducing carbon and in response to the rising costs of energy.

The society said it continues to invest in offering its members and customers choice aligned to its co-operative difference. Its ongoing partnership with coffee company, Insomnia, saw the first standalone Insomnia café opening in October in Blaby, Leicestershire.

In conjunction with its announcement of its rebrand, Central Co-op is investing in its over 7,700 colleagues, with the launch of its new cultural framework, “We are the difference makers”, a framework shaped by input from over 1,000 of its staff. The Society recently announced an increase in pay for colleagues in frontline positions, across its retail, funeral and support centre functions. The increase of 30p per hour, takes basic pay to £10 per hour as well as continuing to provide paid breaks, comparable to a total pay rate of £10.45 per hour.

Central Co-op is one of the largest independent retail co-operative societies in the UK, with a heritage stretching back over 175 years and interests in food, funeral, floral and property investment.

Owned by hundreds of thousands of members, its 7,700 colleagues serve customers across 440 plus trading sites in 19 counties in the East and West Midlands, Yorkshire, Suffolk, Norfolk, Bedfordshire, Cambridgeshire, Oxfordshire, Gloucestershire and Wiltshire.