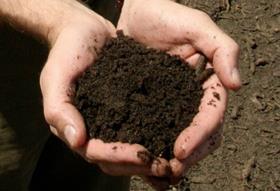 The Soil Association has criticised MPs' decision to turn down aLords amendment to include soils in the Environment Bill.

Baroness Bennett of Manor Castle put forward the amendment which would mean soil would take centre stage of the bill, with its own long-term target to secure its recovery. However, prior to this, soils were not mentioned in the Bill.

On 20 MPs chose to maintain this gap in the legislation, in line with the Government’s decision to vote down all amendments.

However, in a victory for campaigners, the pressure to get soils into the Environment Bill has already secured a government commitment to producing a new Soil Health Action Plan, and further details on this were revealed by environment minister Rebecca Pow.

The Soil Association called for urgent action on this plan and for government to adopt the recommendations from the organisation’s recent‘Saving Our Soils – Healthy soils for our climate, nature and health’report.

Soil Association Farming and Land Use Policy Officer Louise Payton said: “MPs have just missed a crucial opportunity to take the role of soils in the climate and nature crises seriously.

“They could have used the Environment Bill to reverse the historic neglect of this crucial resource, but there remains a gaping hole in this legislation. It’s particularly disappointing to see this in the same week that we saw a lack of urgency regarding sustainable farming in theNet Zero Strategy.

“Despite this, the promised Soil Health Action Plan that was announced last month is a key victory for this campaign – but government must move quickly to put this into action.'

She added:“Water and air quality are protected in legislation, but soil has been long overlooked and yet our soils are losing life, losing carbon and eroding away, threatening our food security, climate and wildlife. Things may be even worse than we think, given the lack of monitoring.

“The action plan must not be half-hearted. We need to see national soil strategies for all UK countries backed up soil monitoring, as called for in our Saving Our Soils report. We also urgently need to see genuine support for farmers to shift to nature-friendly, agroecological farming, which protects and restores soil health.”

The Soil Association’s 'Saving Our Soils'report gives the governments and farmers a manifesto for restoring the UK’s damaged soils, prescribing seven ways to achieve a whole farm approach to save our soils:

2. Increase the amount of plant and animal matter going back onto fields.