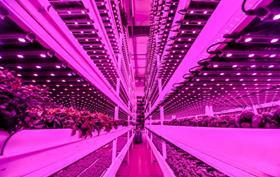 Incontrast to traditional agriculture where the average age continues to rise, production in a controlled environment attractsmany young people: 44 per cent of the companies’ founders were between 21 and 30 years of age, while a further 30 per cent were between 31 and 40.

Thecensus,which was ajoint project of Agritecture and Autogrow,included interviews with 316 controlled environment producers in 54 countries, of which 43 started their business in 2019.

It found that21 per cent of the new companies in this sector were based in the US, with 65 per cent growing salad greens and microgreens, and 61 per cent setting up a vertical indoor farm (as opposed to a greenhouse).

Receivingfunding for these ventures was not the norm with 19 per cent receiving external backing, 50 per cent of which was from corporate investors.

The survey also revealed that agriculture in a controlled environment is nowglobally widespread,with 80 per cent of polled operators coming from countries other than the US and 30 per cent operating in developing countries. After the US, the countries with the highest number of respondents were India, Belgium and South Africa.

Most of the businesses surveyed produced salads, microgreens, herbsand other leafy greens. In addition, vine vegetables like tomatoes, cucumbers and peppers were grown by 25 per cent of companies, followed by berries (17 per cent), root vegetables (12 per cent), and a number of other products that were grown by 10 per cent of producers or less.