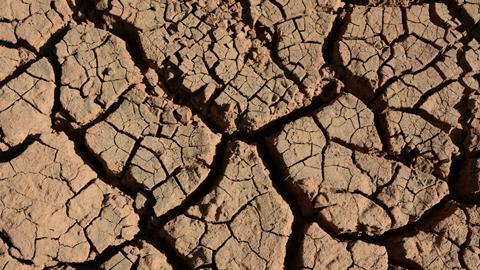 John Giles, divisional director of Promar International, assesses the state of play in the fresh produce sector as supply chains face up to a perfect storm of challenges from inflation to climate change to Brexit

An industry under pressure

After a challenging two years, where Brexit and Covid have often dominated the headlines, in the summer of 2022, the produce supply chain is again being challenged more than ever in terms of its resilience. The combination of factors at play here makes for something of a “perfect storm”. There is, as a result, still a good deal of uncertainty at farm level as to what to do next.

There has been lots of coverage given to the issues of recruiting enough, and the cost of, farm and packhouse labour. This has been a problem for some time, of course, but it has been exacerbated by both Brexit and Covid. If there is no letup in the shortage of labour on farms, what can be done?

Implementing new technology is clearly one answer. There is certainly no lack of exciting developments in the horti-tech space. In addition, far more effort needs to be made to simplify work on farms and to use management practices, like ‘lean farming’, to save minutes then hours from every aspect of the workload.

Work carried out by Promar earlier in the year, on behalf of the NFU, revealed inflationary increases across a spectrum of fruits and vegetables and all areas of input supply, such as labour, transport, energy, packaging, crop protection products, and seeds/planting materials.

The ability of growers and packers to pass these increases in the cost of production on to customers has been mixed, but it can be achieved. The NFU should be commended for running training courses on how negotiations with retailers can be made to work to best effect.

Getting these farm gate price increases, though, requires excellent supply chain relationships. These still need improving. The services provided by the NFU Energy team should also be looked at carefully by growers going forward, as they have a range of innovative measures in place to help control and reduce energy costs.

Adapting to the heat

On top of the agricultural inflation being experienced for most of this year, we have had one of the hottest and driest summers on record. It has showen that few farmers in the UK are adequately set up for temperatures of 35-40 °C. Again, this presents the opportunity to do things differently in the future, in terms of building design, management of heat stress in plants, and water use and storage.

At the other end of the supply chain, there is a good deal of pressure too. Food inflation based on estimates by the IGD, is likely to reach 15 per cent this summer, hitting most vulnerable households hardest. Monthly food bills are set to rise by another £43 per month for a typical family of four. Food inflation is now set to hit its highest level in more than 20 years.

Consumers are expected, going forward to moderate some purchases and seek value-for-money deals. But will consumers stop buying fresh produce altogether? This seems very unlikely. Fruits and vegetables are still very good value for money for consumers. We think they will cut back on other non-essentials before food.

Food inflation, though, is expected to persist for longer than official forecasters first thought. This is due to several factors, including the impact of the war in Ukraine, pre-existing supply chain challenges, and the limited effectiveness of monetary and fiscal policy.

Collectively, the two discounters account for more than 16 per cent of the market – up from just 5-6 per cent a decade ago. This would have been all but unthinkable 10 years ago, but it just shows how far the shake up in the UK market has gone.

The major retailers are responding to shoppers’ concerns, however, with Asda launching its Just Essentials line, Morrisons announcing that it is cutting the price of many everyday goods, and Tesco locking in savings through its Clubcard strategy.

Despite having duty and tariff-free access to the EU-27, the ongoing trade friction with the EU for UK exports, and the unresolved nature of this, is another major area of frustration for the fresh produce sector. Since Brexit, many UK exporters must complete more paperwork and wait longer for their exports to be processed. The fact that the British government has repeatedly put off imposing incoming border checks is a source of unhappiness for UK producers.

On the flip side, recent data from the Food & Drink Federation shows that UK food exports to Europe amounted to around £3 billion in the first quarter of 2022, encouragingly up 45 per cent year on year. At £2.3bn for the same time period, exports to major non-EU markets including the US, Australia, Canada, Japan and the UAE all exceeded pre-pandemic levels

After the blistering heat of mid-July, the issue of climate change will not go away. The role of horticulture, as well as other agricultural sectors, and the actions that need to be taken will come under increased scrutiny. Further efforts are needed to ensure this happens.

With the situation in Ukraine highlighting the need for better food security, some of the more radical recommendations of the National Food Strategy to address this now appear to have gently been put on one side, at least for the time being. But the opportunity to replace imports of fruits and vegetables with domestically produced products, thereby strengthening our food security, is one of the big market opportunities that produce companies can look to tackle going forward. Consumer and retailer sentiment towards UK products is probably as high as it has ever been.

In the VUCA (volatile, uncertain, complex and ambiguous) environment we currently find ourselves in, there are a whole range of factors that farmers need to be focused on. The £32 million Defra Farm Resilience Fund, which recently opened, can help farmers plot the way forward, and its uptake is strongly recommended. Promar is a nominated provider for this, but there are others who can help too.

John Giles is a divisional director with Promar International, the consulting arm of Genus plc and has worked on fresh produce assignments in some 60 markets around the world. He is also the current chair of the annual City Food Lecture held in London.