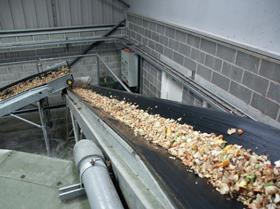 Britain’s food industry is being urged to cut its food waste in half by 2030 from the government’s new Food Surplus Waste Champion.

Appointed last December, Ben Elliot will unveil ambitious new targets for food waste reduction at a symposium this week, hosted alongside Michael Gove, called Step up to the Plate, at London’s Victoria and Albert Museum.

Attendees from food retail and hospitality, as well as chefs and social media influencers will sign up to a number of commitments on measuring and reducing their own food waste and inspiring others to follow their lead.

The commitments include halving food waste by 2030, in line with UN Sustainable Development Goal 12.3; embracing a Food Conversation week of action in November 2019, and adopting WRAP and IGD Food Waste Reduction Roadmap, to have half of the UK’s largest food businesses measuring, reporting and acting on food waste by 2019.

Around 43,000 tonnes of surplus food is redistributed from retailers and food manufactures every year, with a further 100,000 tonnes, the equivalent of 250 million meals, being discarded and used as animal feed or for energy generation.

Defra secretary Gove said: “I want to thank our marvellous Food Surplus and Waste Champion Ben Elliot for his brilliant work in bringing together the biggest players from the world of food to commit to tackling food waste.

“Together, we must end the moral, economic, and environmental scandal of food waste. The UK is showing real leadership in this area, but I urge businesses to join me in signing the pledge so we can bring about real change.

“Every year, around 100,000 tonnes of readily available and perfectly edible food goes uneaten. It’s time to join together and ‘Step up to the Plate’ to stop good food going to waste.”

The food waste symposium will run alongside the V&A’s FOOD: Bigger than the Plate exhibition, which opens on May 18.

Earlier this year the government launched a £15million scheme to help fight food waste, with £5m funding released in January to help redistribution organisations to divert edible surplus from the bin.

Food Surplus and Waste Champion Ben Elliot said: “Wasting food is an environmental, moral and financial scandal. We intend for the symposium and pledge to spark action, not just conversation, and inspire us all to champion change. It’s time to ‘Step up to the Plate’.”