The UK’s HGV driver shortage remains chronic, according to Logistics UK’s analysis of the latest Office for National Statistics (ONS) Labour Force Survey data.  But with the number of HGV drivers in employment not falling as significantly as in recent quarters, the business group has expressed cautious optimism that initiatives introduced by government and industry in the latter part of 2021 and into 2022 are starting to yield results. 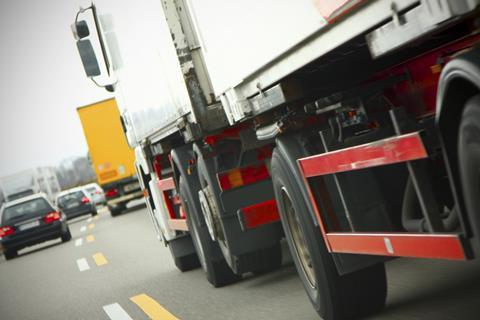 “Government and industry have worked hard to address the key issues which have affected the recruitment of HGV drivers in the past,” says Sarah Watkins, Deputy Director – Policy Information at Logistics UK. “The reduction in numbers of HGV drivers in employment, generally caused by retirements or shifts into other careers, slowed in the first quarter of 2022, compared with the second half of 2021, which illustrates how actions such as increased wages for drivers, drivers’ skills bootcamps and improved throughputs of testing by DVSA are beginning to address the loss of skilled workers which we have seen in the recent past.”

Figures revealed by Logistics UK’s analysis of the survey indicate that while the number of HGV drivers in employment is estimated to have fallen by 30,300 in the first quarter of 2022, this is less of a reduction than in Q3 and Q4 2021 which saw falls of 44,000 and 49,000 respectively.  Meanwhile, improved throughputs at DVSA testing facilities have shown that 26,388 practical HGV tests were conducted in Q1 2022, an increase of 43% compared with the same period in 2019. March 2022 saw a record 10,481 tests undertaken, with a 60% pass rate. HGV driver wages have also increased to retain existing staff and attract new drivers, with advertised salaries for those qualified to drive the heaviest vehicles increasing by an average of 25% in Q1 2022 compared with a year ago.

“Such a large increase in the number of HGV tests being undertaken is testament to the work being done by DVSA to address its testing backlog, alongside the industry’s commitment to encourage new recruits to join the industry.  Simultaneously, the very low number of HGV drivers claiming Jobseeker’s Allowance fell 70% from Q1 2019 to Q1 2022, indicating that there are hardly any surplus HGV drivers available for work.

“Attracting and retaining new recruits and existing HGV drivers in the sector remains a critical priority for the logistics industry to secure a talent pipeline for years to come.  It is vitally important that these initiatives continue at pace to maintain recruitment levels and ensure that a sustained future pipeline of skilled drivers can be available to support the supply chain as the economy recovers after the impact of the pandemic.  What the industry now needs is a renewed focus on the improvement of facilities for drivers across the strategic roads network, to provide the services and support which these key workers deserve during their working lives.”

Logistics UK is one of the UK’s leading business groups, representing logistics businesses which are vital to keeping the UK trading, and more than seven million people directly employed in the making, selling and moving of goods.