Micro produce aims for the mainstream 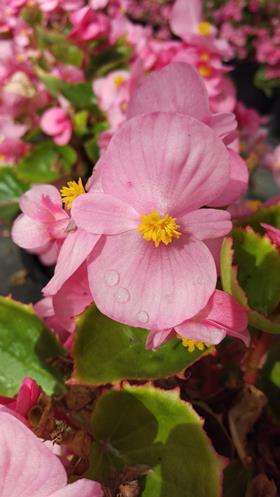 Edible flowers are on trend

Supplying into the top echelons of fine dining does have its advantages at a time when many fresh produce categories are suffering price deflation.

You only have to scroll down Twitter or Instagram to see that micro produce is a growing favourite among top chefs, whose dedication to quality ensures that flavour – and not price – is king. Off the back of this, growers who are aligned to the premium catering sector are enjoying huge growth. One such business is Nurtured in Norfolk, which is “growing exponentially” and seeing sales double every year. Its customer base includes most of London’s Michelin-starred and other top chefs, says director Michael Miller, who believes the wider category’s growth is down to its popularity in this sector. “Micro greens add another level to the plate – the more complexity you can add to the plate, and chefs are always interested in that,” he explains. “Micro produce has grown in popularity because these chefs have promoted it.”

Nurtured in Norfolk has a history of proximity to chefs – Miller’s father and current director of the business was a chef himself in his previous career – and today the business continues to foster relationships with those working in catering.

The company produces 190 different micro produce lines, which Miller estimates is around three times as big as its closest competitor, and it launches two new products into the market every month. “It’s a challenge but one that we enjoy,” he says. “We’ve got the chefs standing by and supporting us – usually we find a flavour and then work out how we’re going to create it. Any top chef will work on the flavour of the plate and then build on that. For instance, we have 12 different varieties of mint tips, on anything from strawberry to chocolate.They often come down to the nursery and they sit there like children and one of them will have a crazy idea.”

Aside from its range, Nurtured in Norfolk’s other unique selling point is its growing method – Miller says it is the only company that continues to grow micro produce in soil, rather than hydroponically. “Flavour is one of our biggest drivers. We believe growing in soil keeps it as natural as possible, and makes it taste better,” he explains. “Everything is hand sown in soil, which is very labour intensive, but the quality you get out of it is worth it. It’s not being flushed with nutrients, it takes what it needs from the soil.”

Buoyant as it is, the foodservice sector is by no means the only sector that micro produce suppliers are targeting. New entrant to the market Neame Lea Fresh, better known for its ornamental business, recently launched a new four-product range in an ergonomic carry-case packaging, specifically designed for the retail sector.

Commercial manager Richard Priestley says he was inspired by the US micro greens sector, which he says has as much shelf space as other bagged salads. Having secured the first listing with a retail customer, due to be unveiled in eight weeks, Priestley is also in talks with TV chef Rachel Green about how to propel micro produce into the mainstream. While doing demos with micro greens, Green says consumers often get excited about recipes, but then struggle to find the products in stores. “Micro produce does need to become a more mainstream product,” adds Priestley. “We’re not looking to take business away from foodservice suppliers. We supply herbs into foodservice – for our micro produce business we are only targeting the commercial volume retail market.

“I visited London retailers to see what is out there for micro produce, and there was more micro produce as a garnish at an oyster bar than there were in stores. Currently micro greens are seen as very foody in the UK, rather than mainstream retail, and that is to do with the packaging. We think there’s huge potential for it.”