New weapon against mite in fruit 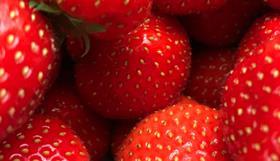 BASF has launched a new product aimed at tackling mite in apples, protected strawberries and ornamentals.

Nealta is based on the new active ingredient cyflumetofen, which is from a unique group of insecticides called Group 25. It will also kill all stages of the mites’ life cycle – eggs, immature stages and adults - while being compatible with beneficial mites and other insects such as bees, according to BASF.

Formulated as a suspension concentrate, Nealta is applied at a dose rate of just 1 l/hectare, BASF explained, adding that one of its key benefits to growers is that it has a unique mode of action, not found in other acaricides, which makes it an excellent resistance management tool against mites on some horticultural crops.

Applied as the first application in the mite-control programme, Nealta gives strong knockdown and residual effects on mites, while unaffecting predatory mites released in the season, other insects and bees.

BASF's Rob Storer explained that controlling mites is a difficult process as there is widespread resistance to the many groups of chemistry available. Most crops that suffer from mites require season-long protection, with multiple sprays. Storer said Nealta brings a new insecticide group with a new mode of action which has the ability to be safe for beneficials including bees and predatory mites such as Phytoseilius and other insects.

Red spider mites are tiny oval-shaped microscopic pests with eight legs, 0.5mm in size, and a red to brown colour. The adults produce silky threads, hence the name red spider mites. They are generally found on the undersides of the leaves and they suck out the contents of plant cells, and although very small individually, they have a great reproductive capacity, which is dependent on temperature and relative humidity, and large numbers of mites can adversely affect yield and quality of the fruits.

An infestation in strawberries tends to reduce the number of fruits, not the size of them. In ornamental production it is the stippling or bronzing of the leaf; in other words the visual appearance of the plants which is the problem. In soft fruit, mites are generally red spider mites and tarsonemid mites. In apples, red spider mites overwinter as eggs on bark, close to fruiting spurs with eggs hatching late April to May, at blossom time.

The immature stages which look like the adults but smaller invade leaves and trusses and their feeding causes leaf bronzing, fruit russetting and in severe infestation leaf drop, BASF explained. Certain varieties such as Discovery, Gala and Worcester Permain are susceptible.

“With Nealta the risk of resistance is lessened and both conventional and biological approaches can be integrated into a flexible control programme. We will be looking to add to the recommended crops in the future,” said Storer.