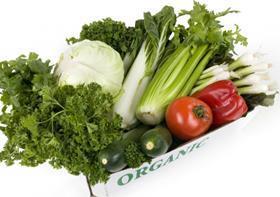 The 'Organic. Naturally Different' campaign has helped drive growth in the industry

An organic campaign that has helped drive four per cent growht in the industry could see a ‘game-changing’ cash injection from the EU if a bid by Organic Trade Board (OTB) is approved.

If successful, the EU would match 80 per cent of funding raised by industry backers for the ‘Organic. Naturally Different’ campaign, compared to a current 50 per cent of matched funding. This would potentially increase its funding five-fold.

“After five years of the ‘Organic. Naturally Different’ campaign, which has resulted in a four per cent year-on-year growth of the organic market in 2014, this new funding model has the potential to be a complete game-changer for the industry,” said OTB chairman, Paul Moore.

“With the backing of our European partners, if we are successful with our bid, we will have the chance to significantly increase the size and scope of our campaign – speaking with one voice across key countries in Europe.'

More funding would allow the organic industry to “amplify” communications direct to consumers, highlighting the benefits of choosing organic, and a new multi-country execution, described as a “significant opportunity” to unify communications across Europe.

“This is a fantastic opportunity for our industry to really break through more dramatically to consumers, so we are calling on all brands with an interest in organic to back the bid,' Moore said.

Financial support from groups including Organic Farmers and Growers has allowed the bid process to begin, and the OTB has now urged others in the organics industry to continue to support the process.

Roger Kerr, CEO at Organic Farmers and Growers, said: “As long-standing supporters of the ‘Organic. Naturally Different’ campaign, we are incredibly excited by the potential that this new funding model provides the organic industry.

“We are proud to be leading the charge in committing our financial support, enabling the bid to formally get under way. The campaign to date has had clear and measurable results in terms of increasing sales and changing consumer attitudes and we are really pleased to continue to play a key part in supporting it. We encourage all our organic colleagues to join us in pledging a contribution towards the 2017 bid.”

Moore added that organic leaders must now all work together to “seize this incredible opportunity” and gain more funding to help reach consumers and convey the organic message.

“To reach our funding target of €1.25million, as organic industry leaders we must all now work together to seize this incredible opportunity, encouraging every organic brand and retailer to pledge financial support,” he said.

The Organic Trade Board (OTB) is a not-for-profit organisation whose sole aim is to grow organic sales. Members include Ocado, Sainsbury’s, Tesco and Wholefoods and producer groups such as Organic Farmers and Growers and Produce World.