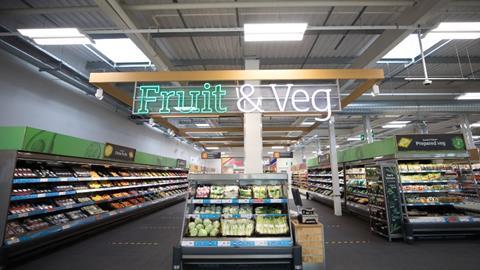 Sainsbury’s axes ‘best before’ dates on more fruit and veg

Sainsbury’s is removing ‘best before’ dates on a raft of fresh produce as it steps up its fight against food waste.

The retailer announced that from the end of August, it will begin removing ‘best before’ dates from a range of fresh produce including pears, onions, tomatoes and citrus fruits, with a further 130 products including potatoes to follow.

The move builds on Sainsbury’s previous decision to remove dates from over 1,500 lines including pineapples, pumpkins, apples and indoor plants. It said the upcoming changes could help UK households to save 11,000 tonnes of food each year, the equivalent of 17 million products.

An on-pack message - ‘no date helps reduce waste’ - will instead be present across the fresh produce when the label changes come into play.

Sainsbury’s cited a recent report from WRAP revealing that removing date labels from the most wasted fresh produce items such as broccoli, apples, potatoes and cucumber, has the potential to cut annual household food waste by 50,000 tonnes.

The changes come as part of the retailer’s commitment to halve its food waste by 2030 and support its ongoing work with farmers and growers to reduce food waste in its supply chain, sending surplus food from stores to charity food donation partners and recovering energy from waste.

Kate Stein, director of technical at Sainsbury’s, said “We know that around a third of all food produced for human consumption is either lost or wasted and food waste is one of the leading contributors of carbon emissions, accounting for as much as 8-10 per cent of GHG emissions globally, which is why we’re committed to helping customers reduce waste at home.

”We also know that by avoiding unnecessary waste, we can help our customers save money by making their food shop last longer. The changes that we’re announcing today will do just that, giving customers more autonomy to make their own decisions on whether their food is good to eat, and preventing them from disposing of food too early. With changes like these, together, we can all play our part in tackling the climate crisis and protecting the planet for generations to come.”