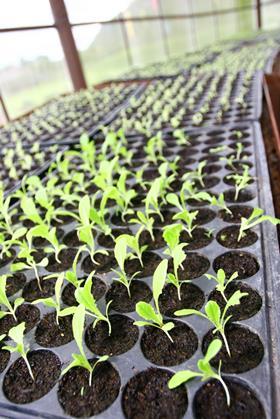 Restrictions to the seed business would affect UK growers

The UK could end up producing less fresh produce and importing more without access to European variety catalogues and protection of Intellectual Property, seed breeders have warned.

The news is a major reversal of pro-Brexit reports in the national press that have suggested Britain could become more self-sufficient in fresh produce, and comes as UK breeders have voiced fears that the impact on their sector has been forgotten, despite its significance to UK production and wider economy.

Speaking to FPJ, breeders have said there has been a lack of awareness by Defra about the impact of restrictions to the seed sector, and warned UK growers could face less access to new varieties and genetics, a scenario that would “swiftly” see production move overseas.

Following a recent meeting with Defra, one source said the lack of awareness of the threat to the UK seed business was “heartbreaking”.

Under a no deal situation, the UK seed sector faces being removed from both the EU common catalogue and the plant rights system, which protects the Intellectual Property of varieties registered for marketing across the EU. In this case, EU breeders wishing to market in the UK would have to re-register in the UK on a national list, something that has already begun, and visa versa for British breeders wishing to market varieties in the EU.

Another issue is if the UK is designated a third country breeders will need phytosanitary certification for every seed lot entering or leaving the UK, bringing significant additional costs and delays.

Chief executive of the British Society for Plant Breeders (BSPB), Penny Mapleston, said: “Breeders will only be able to absorb the higher costs of registering new varieties if there is a guaranteed market. The number of varieties available in the UK market will be less – this will have disadvantages for UK growers who will have less access to the latest genetics. Fairly swiftly you will see production move overseas, where we will just import it back.”

Global seed breeder Rijk Zwaan’s country manager for the UK, Gerard van der Hut, said: “What will happen is we will only register the variety we can sell. With new varieties if there’s not enough demand in the UK then we won’t sell them, so the choice given to the UK market could be limited.

“The talk of Brexit in the press often mentions growing more food in Britain but at the moment it would be the reverse. They are imposing the same restrictions on food imports. If we’re not careful we’re going to be a very hungry country.”

For a full analysis of the impact of Brexit on the seed business, see the next issue of FPJ, available from 12 January.