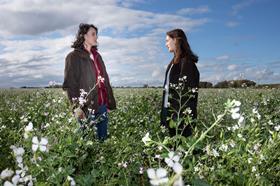 There is an urgent need to change the image of farming in order to prevent “disastrous” agriculture labour shortages, a new report by the University of Exeter warns.

The poor image of farming as a career – associations with low pay, long hours, poor work-life balance, bad conditions, lack of progression, heavy physical labour, and unskilled work – needs to be reformed, its researchers have said.

The study, by Dr Caroline Nye and Professor Matt Lobley from the University of Exeter, commissioned by the Worshipful Company of Farmers (WCF) and funded by the WCF and The John Oldacre Foundation, looked at labour issues existing for both seasonal and more permanent roles.

The report suggests potential new entrants for permanent jobs in the industry might include people from a greater range of backgrounds, including career changers, service leavers, ex-offenders and people from disadvantaged backgrounds.

It added that the Ministry of Defence should do more to spread awareness of agricultural opportunities and there should be more ‘halfway’ training schemes aimed at people from non-farming backgrounds.

Meanwhile, key members of the industry interviewed for the report described potential labour shortages as “disastrous”, leading to greater imports of fresh food and farms going out of business or relocating abroad. Worker rights in those countries might be less stringent than those in the UK, putting more people at risk of exploitation.

Brexit, the coronavirus pandemic, fluctuations in the value of the pound sterling, the improvement of the economies of countries in Eastern Europe and new immigration laws are likely to exacerbate labour shortfalls in the coming years, the report warns. Changes to immigration policy are likely to make the situation worse, particularly in the horticulture, dairy, pigs, eggs, and poultry industries.

The study says farms will need to become more competitive and attractive as places to work and the industry itself needs to improve its self-promotion. There is a need for employers to open up opportunities to people who are enthusiastic but might need extra training or time to develop new skills. Traditional forms of succession are not necessarily putting the right person forward for the job.

The report says definitions of, and value placed upon, the skills of farm workers need to be revisited by the Migration Advisory Committee to ensure that the farming industry is not disadvantaged by the new immigration policy.

Use of online portals should be encouraged to facilitate the exchange of workers between businesses, and there should be new methods of collecting data to identify, with more certainty, where shortfalls exist across all sectors.

Defra should commission a thorough evaluation of the seasonal worker pilot scheme prior to introducing any new worker scheme.

Dr Nye and Professor Lobley reviewed existing literature on farm labour shortages and alternative labour sources in agriculture. They also carried out interviews with 21 people from the farming industry, including farmers, labour experts and initiative operators.

The report calls for farm labour requirements to be reviewed frequently, and the definitions of, and value placed upon, ‘skilled’ and ‘unskilled’ workers need to be revisited and the points-based system adjusted accordingly to prevent the farming industry from being disadvantaged by the new immigration policy.

Dr Nye said: “Farming is an ‘invisible career’ to anybody who isn’t from a farming background, and this needs to change. Potential career opportunities in agriculture go far beyond simply picking fruit, and often involve working with complex technology and machinery, with some farm managers earning over £90,000 a year.

“It should not be assumed the rise in unemployment resulting from the COVID-19 pandemic will automatically create interest in seasonal worker roles. The squeezing of price margins by supermarkets and a consumer base accustomed to cheap prices currently prevent worker pay from going above a certain level. The combination of low pay and physically challenging and repetitive work is not an attractive option, nor are the conditions currently associated with the work. Farms will need to become more competitive, flexible and attractive places to work in order to drive recruitment. This applies to both domestic and migrant workers.”

Professor Lobley said: “There is no one-size fits all solution to the farm labour crisis in the UK. Automation, migrant workers and domestic labour will all be required to contribute to the country’s food production. Young people, career changers, ex-offenders and service leavers can each form part of the wider solution but no cohort in itself is capable of filling the gaps. At the same time, the agricultural community needs to open itself up to the non-agricultural community in attempts to increase recruitment. Farms, the agricultural industry and the government need to stay vigilant, be flexible, and get creative before the crisis damages the structure of the industry permanently.”

Researchers found there are now fewer small farms to act as a 'training ground' compared to twenty or so years ago, and agricultural students are often headhunted by large companies before finishing their studies. Parents, career advisors and teachers often fail to promote working in the agricultural industry.

Several stakeholders expressed frustration at the fact that farm work was not on the Government’s shortage occupation list, suggesting that the evidence is repeatedly ignored and that this will be to the detriment of the industry

Richard Whitlock, Master, WCF, said: “One very striking aspect of the findings is how additional sources of labour and skills exist which can partly close the resourcing gap. It also highlights how important it is though for the entire industry to come together and play a role in reforming the infrastructure, the mindset and build the reputation of agriculture as a dynamic, rewarding and vital sector that feeds our nation. Our mission is to identify where labour is required and help people see the potential sources of farm labour in a post- Brexit, economically ambitious Britain.”