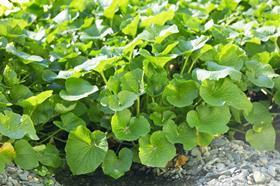 Wasabi is a popular ingredient in sushi

Wasabi is now being produced in Northern Ireland for the first time thanks to County Armagh-based Wasabi Crop.

Founded by scientist Sean Kitson, the company hopes to tap into the growing demand for wasabi, which is supposedly described as “one of the world’s most expensive crops” and prized by Japan’s sushi chefs.

Wasabi Crop is producing wasabi under tunnels using hydroponic growing techniques, using plants imported last year. Kitson said the company has already had interest from a Northern Irish chef and he has hopes of exporting the wasabi leaves and paste to Japan.

He said: “Wasabi is a potent plant that has also been shown to help increase protection against bacterial infections in the body and mouth. Furthermore, it is rich in antioxidants that help to boost the immune system and can aid in removing harmful toxins from the body.”

Wasabi is primarily grown in Japan and has gained popularity through the serving of sushi, but at a time when demand is surging, Japanese suppliers are scaling back due to labour costs, Kitson said.

“The soil in county Armagh is rich and fertile, capable of growing a wider variety of plants than is currently the case,” he added.

The first full-scale harvest of Northern Irish wasabi is due next year.

“To many, this may seem a long time, but it does take two years to grow top quality wasabi rhizomes, as the stem is known to botanists. The good news is that leaves and stems will be for sale later this year,” said Kitson.

Freshly grated wasabi can be added to a variety of recipes, as well as other food and drink including ice cream and vodka.