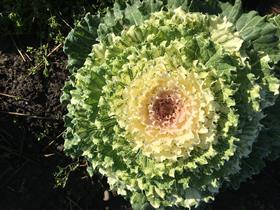 The old saying “fine words butter no parsnips” may turn out to be wrong after all. Marketing and innovation will play a key role in pushing winter veg to a wider audience, according to growers, who believe winter produce is more than equipped to keep up with its “flashier” counterparts.

Sales of produce under the banner of winter veg have slipped down the rankings in terms of value and volume in recent years. Parsnips, carrots, swedes, turnips and leeks have all lost ground as Britain’s taste buds become increasingly internationalist.

There are exceptions of course, kale and cauliflower being two winter crops that have enjoyed a makeover recently as modern essentials. “Over the last 18 months to two years cauliflower has been used in really diverse ways,” says TH Clements commercial director Richard Mowbray. His company was vocal in its struggle to lift brassicas from its farms this summer, but Mowbray says some of the worst effects have subsided since.

“We’ve not been too adversely affected but all the rain in June flooded the fields and did a lot of damage. Subsequently, the main impact has been in making it difficult to harvest, but at the moment the crop itself looks good. There are reports of club root in Cornwall. The biggest challenge is getting into the field. We’re having to use extra tractors to tow the harvesters.”

Many growers have found that the rain endured over the summer and autumn has severely hit their production, with potato growers particularly struggling. One producer described recently lifted spuds as “looking appalling”.

“We have two leek growers who did have quality issues – it’s so hard for them to lift in these conditions,” says A.M. Bailey’s general manger Marc Kemp.

There is a sense that things could have been worse, however, and while quality has been affected, overall yield has not been drastically hit. “If anything, vegetables have been in abundance; we have had very strong availability across the lines. We have got a Christmas abundance of produce waiting to be bought,” Kemp says.

“Rain has been the issue,” adds Chris Molyneux, founder of Molyneux Kale Company. “It’s not badly affected us, but it’s affected the roots so you’re not getting the yield you should be getting. It’s just been a very wet autumn.”

Despite the downpours and a decline in retail sales, Kemp says he is “100 per cent” optimistic for the winter veg category, saying some of the innovation in winter veg lines is paying dividends, with products like super-sized celeriac, butternut squash and Chantenay carrots (“our largest-selling carrots”) doing well. “Richmond Farms do a mixed Chantenay carrot bag containing white, purple and orange carrots, as well as doing Piccolo parsnips, which is a sweeter variety,” he adds.

“Curly kale was never as popular as it was these days,” Kemp points out, highlighting the Cavolo Nero variety as a standout performer. “We grow it better than we have ever done,” he says.

One grower who epitomises a more playful approach to veg is Chris Molyneux. Molyneux started Molyneux Kale Company in 2013 having grown up on a family farm, which produced some kale for the Dutch market in the early 2000s. “For the Dutch, kale is like Brussels sprouts at Christmas. It’s a big market there,” Molyneux says.

He ventured into full-time kale production because “it’s what we knew best” and suddenly found himself atop of a wave that began in the United States. “I set up the business on my own in 2013 and kale just took off. It got loads of great marketing in the US around 2013-14, with celebrities like Beyoncé and Rihanna talking about it.”

Molyneux admits that we might now have reached “peak kale” but that hasn’t stopped innovation. “There’s interest in different colours, using it as a salad product, variegated kales, finding varieties that are sweeter.” Molyneux points to the potential of kale salads as something that could drive growth further, saying a marketing or educational campaign could spread the word on that front.

Such is the appetite for kale, Molyneux has focused on developing a year-round supply, as well as extending their seasons. “We breed our own varieties. I have managed to extend the season on Cavolo Nero so it doesn’t peter out in January as it tends to do. We have managed to breed varieties that stay well into the winter.

“Cavolo Nero is a growing variety, it’s in all the supermarkets now but it seems to be growing year on year,” he adds, echoing Kemp’s observation. Molyneux also picks out the Tronchuda variety as developing a new following. “It looks like a cross between pak choi and spring greens. It’s really sweet and has a nice flavour.”

The foodservice sector is seen as key to showing off the versatility and range of winter produce, with shoppers sometimes unwilling to embrace radical change. When discussing recent winter veg innovations like purple broccoli or sprouts that change colour, Mowbray points out: “We do varietal trials every year and look at what we offer, but we’ve seen that there’s not been huge uptake from customers on those sorts of products.”

Nevertheless, the renewed concern for food miles, freshness and homegrown produce means those involved in growing winter veg feel there is great scope to take their share of the winter pie.

“It’s a learning curve, and there’s education needed, but with everybody worried about Brexit it’s a good time to show what British veg growers can supply,” says Kemp