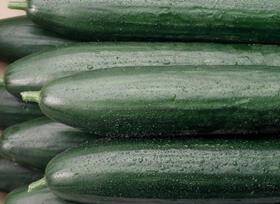 Australian consumers have been warned they should expect to pay more for their fresh produce, including vegetables that are more often than not on the lower end of the price scale, such as cucumbers.

Speaking to the ABC, general manager at 4 Ways Fresh, Kingsley Songer, said his workforce had halved since the international borders were closed.

'(Usually at) this time of the year when the plants are in full bearing and we are in full 'go' mode, we would have 30 people running around the block,' said Songer.

The cucumber, capsicum and tomato grower has halved its cucumber production in Geraldton, Western Australia, after Songer said the company had been unable to find enough people to care for the plants, let alone pick the produce.

“We just haven't had the labour to not only plant the plants but also, more importantly, to look after them and pick them, so labour's been an issue for us this year.'

Wholesale prices for cucumbers are 25 to 30 per cent higher than normal for this time of year, with major supermarkets selling continental cucumbers for as much as A$3.50 each, according to the ABC.

'Certainly, the wholesale price is up on where it would be (normally) and therefore that directly relates to where the retail prices is at,' outlined Songer.

'A lot of people haven't planted as much this year because they're a bit apprehensive about the availability of labour, so we will see prices remain fairly buoyant, I think, certainly for the balance of this year.'

Songer said he did not expect the situation to improve until the international borders reopened.

'It has been alleviated to some extent where the government has allowed for the Pacific Island workers to come in, so that's been some help in some areas, but there's not anywhere near enough to cover the shortfall,' he said.

The company is expecting to produce about 800 tonnes of continental cucumbers from its Geraldton operation, about 40 per cent less than normal.

But despite the challenges, Songer told the ABC the business would stick with its plans to build 100 greenhouse horticulture tunnels in Geraldton.

'We've got an issue right at the moment but we always planned to build those this year so we're moving ahead with that and they'll be completed in time for next season,' he said.

'We certainly won't be planting in them this year but will be in a position that they'll be available for us next year.'