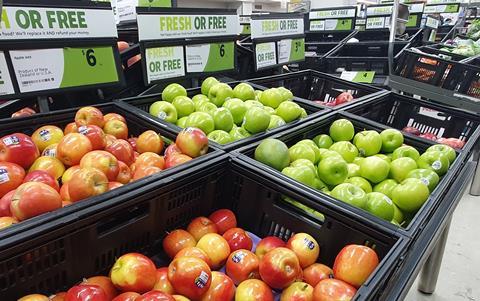 New Zealand’s two major supermarket operators could be forced to sell groceries to their competitors at set wholesale prices under changes made by the country’s government.

Clark said the government has gone above and beyond these recommendations on this particular issue to provide consumers with greater competition and a wider range and cheaper products to help tackle cost of living increases.

“The Commerce Commission found New Zealand supermarkets earn NZ$1m a day in excess profits because of a lack of competition. These regulatory measures will deliver a more competitive wholesale grocery market,” said Clark.

“Ultimately we have decided to take stronger action than the Commerce Commission suggested. They said any wholesale regime should be voluntary. We’re not confident that will deliver the results consumers deserve.”

Clark said the changes would require the two leading supermarkets to open up their wholesale operations to would-be competitors, helping smaller players and new market entrants.

“Under these changes, the existing duopoly will be required to negotiate wholesale offerings to their competitors on commercial terms. However, if those prices are not what we would expect in a competitive wholesale market the new Grocery Commissioner will be able to impose additional regulation to force fairer prices,” said Clark.

“Ultimately if these interventions don’t deliver a fair deal, new regulations can be utilised to require the major retailers to provide wholesale supply at certain terms, including price and range.

“The new system will incentivise the major supermarkets to play fair. But if they don’t the Commission will be able to use powerful new tools to make them do so. Supermarkets are well advised to lock in good-faith wholesale arrangements on their own terms, or we will have no problem stepping in to make it happen.

Clark said the government is still looking at other improvements that can be made following the Commerce Commission’s study.

“Alongside these improvements to wholesale access, the Government is also building flexibility into its approach to a collective bargaining exemption for grocery suppliers,” said Clark.

“Many suppliers, particularly small ones, are unable to effectively negotiate terms of supply with the major grocery retailers on their own. This exemption will allow greater scope for them to do this collectively, helping to address imbalances in bargaining power.