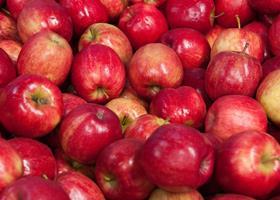 Increasing prices for Tasmanian-grownfruit and vegetableshave pushed the value of the state’s agricultural production beyond A$2bn for the first time.

Expansion of the berry industry continued, with a 22.7 per cent rise in the value of strawberries driving up total berry value by 11.5 per cent to $128m. Apples were the second highest value fruit in 2019-20, with increased volume of production driving an 88.7 per cent jump in value to A$71m.

As for vegetables, potatoes led the way with Tasmania accounting for 31.5 per cent of national production, more than any other state. Increased prices resulted in the farm gate value rising by 8.4 per cent to A$137m, and processed value rising to A$457m.

The demand for ready-to-eat leafy salad products remained strong domestically and in Asian markets. As a result, salad crops became the state’s second-highest value vegetable category with a farm gate value of A$42m.