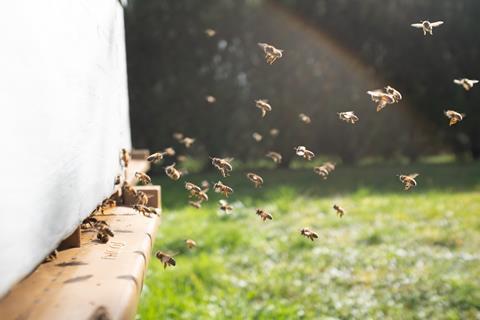 Amid Australia’s first Varroa Destructor Mite outbreak Hort Innovation has partnered with the University of Sydney to develop a hormone-based pesticide that is safe for honey bees but fatal to Varroa mite.

As part of the A$1.2m initiative, scientists will create molecules that selectively bind to and interfere with the hormone receptors of Varroa mite and fellow honey bee pest, small hive beetle, interfering with reproduction, development, and behaviour. The target receptors are absent from vertebrates, making the pesticide safe for other beneficial animals in the environment.

“30 per cent of global agricultural production is reliant on pollination by honey bees and across the board, this production is currently under threat from pests including the Varroa mite and the small hive beetle,” noted Fifield.

Fifield said pesticides are a crucial aspect of sustainable agriculture and disease control. However, there is a pressing need for more environmentally-friendly pesticides that have selective action against ‘bad’ versus ‘good’ insects.

“The development of a commercial pesticide that is fatal to Varroa mite and small hive beetle, but not honey bees, will lead to a worldwide market opportunity to export Australian-based technology. It will also offer a significant step toward protecting global agricultural systems that are reliant on honey bee pollination,” said Fifield.

Australia was the last known inhabited continent in the world that was not permeated by Varroa mite, until the parasite was detected at the Port of Newcastle, New South Wales in June 2022.

The state government has since issued a state-wide emergency order and implemented an eradication plan, which has involved setting up a biosecurity zone, containing the infected hives and euthanising the bees.

“There has been international recognition of the potential value of insect hormone receptors as targets for safer selective control agents. Several companies have tried and encountered technical difficulties largely because these proteins are challenging to express, purify and characterise,” said Mackay.

“However, our team has had over a decade of experience tackling and overcoming these technical challenges. We have one of only two laboratories in the world that have determined atomic structures of the hormone proteins of the receptors we are targeting. We have also developed a unique receptor-based chemical library screen for discovery of new pesticide leads molecules.”

La Trobe University and the Walter and Eliza Hall Institute are also contributing to the five-year project.