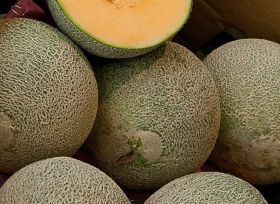 Listeria monocytogenes has been found on a number of rockmelons from a supplier in New South Wales (NSW).

The discovery comes after reports of an outbreak of listeriosis in the Australian state, following an unexpected increase in cases in January and February.

While the link between the farm and the illness cases is not yet conclusive, PMA Australia-New Zealand (PMA A-NZ) said there was sufficient circumstantial evidence to warn at-risk consumers not to consume rockmelon.

"At least 10 people have become infected including three deaths," PMA A-NZ said in a release. "All cases are people in high risk groups, which includes those who are older, pregnant or have underlying health conditions,"

The NSW Food Authority and NSW Health are currently investigating the outbreak.

Listeriosis is caused by consuming food contaminated with Listeria monocytogenes. Listeria is a bacteria that survives and grows on a number of foods including rockmelon, vegetable salads and fruit salads, cold meats, raw seafood, soft cheeses and seed sprouts.