The shipping group has altered its schedules between the Middle East, the Mediterranean and the US in order to improve reliability 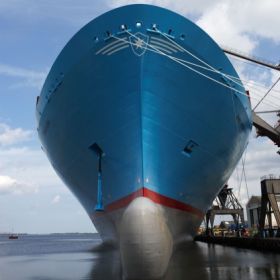 Maersk Line has announced that it is enhancing its services between the Middle East, the Indian subcontinent and the US East Coast in a bid to improve reliability and "offer new opportunities".

The group's MECL1 service will improve eastbound transit times by removing the Malaga (Spain) call from its rota, it said in a statement, while also reversing the Charleston (US) and Norfolk (US) calls to improve transit times and providing a fast eastbound service to Port Said in Egypt.

Changes to the MECL2 service sees direct calls at Houston (US) and Djibouti, with connections via Algeciras (Spain) and Gioia Tauro (Italy) available for Mediterranean cargo. Fast and direct inbound services from Port Said will be added, as will a direct call to Aqaba (Jordan) and exclusive direct calls in Chennai (India).

MECL1's first eastbound sailing with alterations is on 31 January, MECL2 westbound begins on 25 January, and MECL2 eastbound kicks off on 13 January.