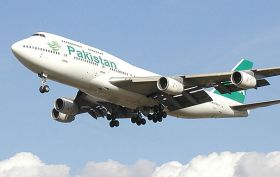 The lack of airfreight space was restricting the Pakistan’s competitiveness in the international market, prominent vegetable farmer Azmat Nawaz told the Pakistan Observer.

“We have been receiving demands and have the capabilities to export vegetables and earn foreign exchange in billions if the authorities take our problem serious,” Mr Nawaz said.

He complained exporters in Afghanistcan, Iran and Bangladesh were receiving export help from their respective governments, and Pakistan was falling behind.

He said Europe and the Middle East were strong potential markets for Pakistani vegetables, but exports could not grow without reliable freight options.

About 90 per cent of Pakistan’s fresh produce exports are shipped by Pakistan International Airways (PIA), according to local industry figures. The airline was troubled earlier this year by strikes at several of the country’s main airports, and has previously clashed with Pakistan’s horticultural exporters over rates.