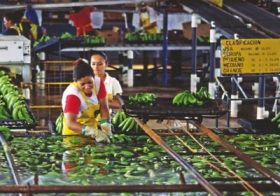 A number of German retailers and major banana suppliers who were heavily criticised in Oxfam Germany's recent study of the country’s discount sector, its suppliers and its relationship to poor pay and working conditions in third-world countries have hit back at what they claim are unfounded and inaccurate allegations.

Speaking to Eurofruit Magazine, leading retail companies Edeka and Metro Group both dismissed the report's claims, arguing they had the necessary audits in place to ensure they met the necessary social responsibility standards. Banana suppliers Dole, Del Monte, Chiquita and Pacific Fruit/Bonita – which were implicated in the study – as well as import firm Anton Dürbeck, which works with another implicated company, Ecuadorean exporter Oro Banana, have also hit out at its findings.

Uwe Bockius, head of Edeka’s Fruchtkontor fresh produce import division, said his company makes sure all the producers it uses are certified to the SA8000 or Rainforest Alliance standards, and that the retailer had also developed its own internal audit check-list over the past 12 months, which is given to quality control managers or buyers when they visit suppliers.

According to Metro’s Moritz Zumpfort, the retailer came to the conclusion that the accusations were unfounded after thoroughly checking the report and confronting the group's named supplier. “For all products that we received from the named supplier, the supporting documents showed that the producer was accredited with the necessary social audits,” he said.

Sylvain Cuperlier, Dole’s vice-president and global director of Corporate Social Responsibility, said Dole had recently held a meeting with farm managers and representatives of the Coordinator of Banana Unions of Costa Rica (Cosiba) to address the allegations. “In accordance with the agreement we signed with Cosiba last year, it is our responsibility to investigate such allegations,” he explains. Additional meetings are due to take place in the near future with the objective of improving dialogue with the unions on the farm.

Chiquita's senior director for corporate responsibility and public affairs, George Jaksch, told Eurofruit Magazine the study “failed to pay much attention” to positive developments in the banana industry. He also pointed out that 87 per cent of independent grower farms in Latin America from which Chiquita sources bananas achieved Rainforest Alliance certification at the end of last year. “Today it is evident that this commitment to high standards and transparency is aligned with the expectations of consumers and retailers, and has contributed significantly to the company’s leading position in the European banana market,” Mr Jaksch commented.

According to Reinhard Hagemann, general manager of Del Monte Fresh Produce Germany, the NGO’s claims about Fresh Del Monte were “wrong and a misrepresentation of the reality on the ground”.  He added: “Fresh Del Monte has very strict labour policies which can be found on our website. It is puzzling that Oxfam chose to ignore the fact that several thousand of our employees worldwide belong to and are active members of several labour unions of their choice."

Pacific Fruit and Bonita, two subsidiaries of Ecuadorian banana corporation Grupo Noboa, also came under fire in the Oxfam report. Responding to Oxfam’s claims that the group prevents workers from organising in trade unions, Bonita’s director of corporate responsibility Eric Crisman argued that the company adheres to the applicable labour laws in the countries in which it does business, stating that Bonita’s production facilities commission CSR audits on an on-going basis from independent third-party verifiers who represent the world’s 50 top retailers. “Bonita has, over the past six years, developed with global independent third party verifiers Intertek-Labtest, food safety, environmental safety and ethical business audit protocols that comply with the relevant labour and environmental laws of the country in which business is conducted,” he explained.

Allegations over union representation were also directed at Ecuadorean banana producer Oro Banana, which supplies German importer Anton Dürbeck among other companies. The company's Matthias Dürbeck said the report had been circulated to its suppliers, who are already required to apply good agricultural practices under the code of conduct of the German Fruit Importers Association (DFHV). He said he was not aware of any of its producers, many of which are cooperatives, which do not respect human or workers rights or the right to join a union. “In the case of the Ivory Coast, we are working with one of the last remaining cooperatives of small producers, which we have been supporting for more than 20 years,” he added.

A full report on the companies' reaction to the Oxfam Germany report can be found in the July 2008 issue of Eurofruit Magazine – for details of how to subscribe, please contact [email protected]