New educational package will provide varietal, nutrition and recipe resources for the next generation of chefs 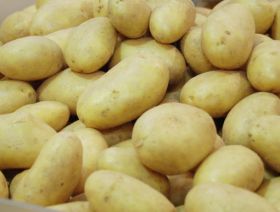 The next generation of chefs will soon have access to a new educational resource on potato supply under a new AHDB Potatoes initiative.

Already working with younger children, the industry body is now extending its educational programme into catering colleges with a new scheme set for launch in April of next year.

The project, which is currently in research stages, will provide students training to be development chefs and other key figures in foodservice with recipe ideas ranging from basic to advanced, as well as supply, varietal, and nutritional information about potatoes.

“These students are the consumers and suppliers of the future,” said AHDB Potatoes education co-ordinator, Sue Lawton, who spoke to FPJ at last week’s British Potato Show in Harrogate. “Ideally we’d like a well-known London catering college to come on board and become the face of the initiative, but at the moment we are identifying any college or institution that is relevant.”

AHDB Potatoes’ Cook Your Own educational scheme for Key Stage 3 children is also set for re-launch in April 2016, while the Grow Your Own version for primary schools will be expanded to link growing produce in schools with menu development alongside school canteens.

“We will be giving primary schools more potatoes next year – they will now receive four Grow Your Own kits instead of two – so then children will be able to see their potatoes in school meals. You’re more likely to want to eat something if you’ve grown it,” Lawton said.