New tree gadget cuts water use in half 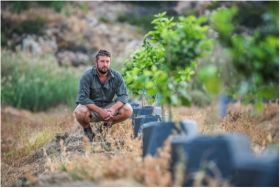 A new gadget backed by Waitrose that helps trees conserve water during drought has proven successful after following first trials.

The “Treehog” is the brainchild of Louis Loubser, a farmer from South Africa, where drought has severely hit citrus and stone fruit growers in the Western Cape province.

The device is made from moulded plastic, and covers the base of the tree. Originally designed to prevent evaporation, Loubser took it one step further by adding a micro sprinkler that directs an even spray of water down the sides to the ground by the roots.

Primafruit and Waitrose are making joint investments in innovation developments that they hope will benefit their fruit growers around the world. One such investment is trial funding that has enabled a major South African exporter, Stems, to trial the Treehog technology on nectarine and plum orchards.

According to Primafruit, the Treehog is already bringing in excess of 50 per cent water saving. The overall carbon footprint reduction per kilo of fruit produce was described by Primafruit as “enormous”.

Technical Director for Primafruit, Jim Flambert, said: “We spend considerable time researching the issues around sustainable food production, but moving thoughts and ideas into action can often be slow and laborious.

“What’s great about Treehog is its simplicity and the speed of roll-out around the world. This is a fabulous invention that has the potential to make fundamental transformations in how orchard irrigation works. We’re extremely proud to be part of its story and wish Louis every success in its commercial future.”