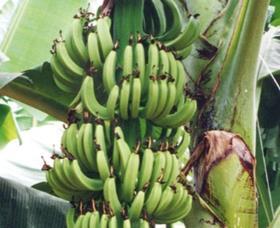 Crop scientists in Nigeria have revealed that they have made a major breakthrough in the battle against Banana Xanthomonos Wilt (BXW), a destructive disease that impacts the Great Lakes region of Africa, causing US$500m (€380m) of damage each year.

According to a paper released by the International Institute of Tropical Agriculture (IITA), an Ibadan, Nigeria-based group that looks to develop agricultural solutions to tackle hunger and poverty, researchers successfully built up a resistance in bananas to the disease by transferring genes from green peppers.

The transformed banana, infused with plant ferredoxin-like amphipatic protein (Pflp) or hypersensitive response-assisting proteins (Hrap) from the peppers, exhibited strong resistance to BXW, with confined field trials set to begin in Uganda as a result.

Scientists from the IITA and the National Agriculture Research Organisation of Uganda, in partnership with the African Agricultural Technology Foundation, will undertake the trials following approval from the Ugandan National Biosafety Committee.

'The Hrap and Pflp genes work by rapidly killing the cells that come into contact with the disease-spreading bacteria, essentially blocking it from spreading any further,' said IITA biotechnologist and lead author Dr Leena Tripathi. 'Hopefully, this will boost the arsenal available to fight BXW and help save millions of farmers' livelihoods in the Great Lakes region.

'Furthermore, the mechanism – known as Hypersensitivity Response – also activates the defence of surrounding and even distant uninfected banana plants leading to a systemic acquired resistance,' she added.

Dr Tripathi added that there were currently no commercial chemicals, biocontrol agents or resistant varieties that could control the spread of BXW, and emphasised that even if a source of resistance was to be identified, developing a 'truly resistant banana' through conventional breeding would be extremely difficult and would take years – even decades – given the sterile nature and long gestation period of the crop.

BXW causes yellowing and wilting in banana leaves, uneven and premature ripening of fruit and the rotting of the whole plant.