More than 70 per cent shortfall in peaches and nectarines, while plums, cherries and apricot volumes also set to see significant contraction

Catalonia will lose about 70 per cent of its productive potential in peaches and nectarines due to frost and hail this year, according to the official forecast released by Afrucat on Thursday. 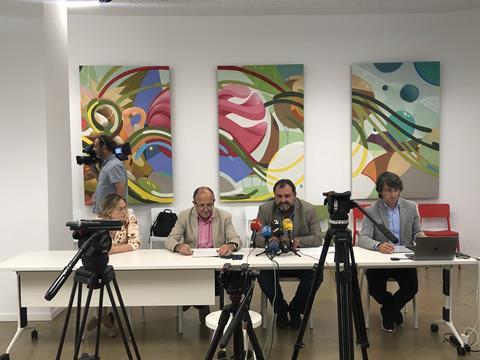 The figures point to a total crop of 165,550 tonnes, making this the the second year in a row in which the weather has seriously impacted Catalan production.

Afrucat said the frosts at the beginning of April had damaged a large part of the crop. “We are facing the most virulent frosts of the last 40 years. Also in the month of April (on the 20th and 23rd), two hail storms damaged some productive areas. The first did not cause significant damage, but in the second, around 500ha were affected,” the association reported.

Outlook for cherries, plums and apricots

The forecast suggests that cherry and plum production will also drop drastically, with a 36 per cent contraction expected in cherries to 5,287 tonnes, and a 47 per cent shortfall in plums (2,622 tonnes).

Afrucat said a delay of between 5 and 12 days is expected in harvesting throughout the territory.

As for apricots, Afrucat previously announced in April that the forecast points to a 67 per cent drop in production in Catalonia to 2,970 tonnes and an 85 per cent fall in Aragon to 2,988 tonnes