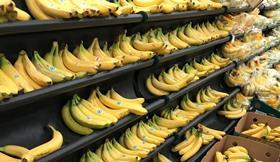 Afruibana, the association of African producers of bananas and other fruits, has expressed its concern regarding the impact of Russia’s invasion of Ukraine on the European banana market, the destination for nearly 90 per cent of members’ bananas.

“The tragedy is unfolding in a context where the European banana market has deteriorated significantly in recent years due to a structural oversupply of Latin American produce and a continuous drop in the price of dessert bananas,” the statement read. “The average box price (18.5kg) was €14.20 in 2015 compared with just €11.60 in 2020. This dramatic development, which was amplified in 2021 with prices falling temporarily below €10, has already had a significant impact on our producers, who have already made considerable efforts to cope with the global wave of rising production costs.”

According to the association, the current conflict threatens to exacerbate such difficulties significantly.“The rerouting to the European market of Latin American bananas usually marketed in Russia, Belarus and Ukraine (about 1.8m tonnes) is of particular concern to us,” Afruibana stated. “With the cessation of activities at the port of Odessa or the suspension of services to major Russian ports by key maritime transport companies, reroutings to the Romanian market have already taken place and a substantial drop in prices was noted at the end of February. While combined European and British consumption of bananas represented nearly 6.7m tonnes in 2021, this wave of trade flow reorientations has the potential to profoundly and durably destabilise the entire European market.”

Afruibana appealed toEuropean institutions and governments to be vigilant in monitoring the market and to consider implementing trade regulation instruments provided for in the free trade agreements signed by the EU or under the WTO.

“Finally, in the face of the climate emergency that is shaking our planet, we encourage the European institutions to hold firm and maintain the ambitious course of ecological transition, ensuring that partners from third countries are provided with substantial technical and financial means to meet the challenges head-on for the sake of future generations,” the statement continued. “At a time when global efforts should be focused on achieving an ecological and energy transition, our members express their deep concerns and invite decision-makers on both sides of the Mediterranean to act with resolution.”