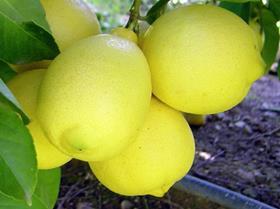 Ailimpo has called for tighter controls to on EU imports of South African lemons following a record level of detections of Citrus Black Spot (CBS) this summer.

The Europhyt/Traces phytosanitary alert system shows that 10 batches were intercepted this summer, up from one case in 2020, three in 2019 and none in 2018.

“We cannot under any circumstances run the risk of South African lemons entering Europe infected with this dreaded disease,” Ailimpo said.

“The entry of this pest from South Africa into Spanish lemon farms would mean a huge economic loss for our farmers and exporters, followed by a terrible negative impact on the employment generated by the Spanish sector.”

Ailimpo pointed out that three of the ten detections of black spot were reported in September and October, the time of year that South Africa knows to be the highest risk period for the pest due to the weather conditions and ripeness of the fruit.

“In spite of this, South Africa sent a record volume of lemons to Europe in these two months, demonstrating that it prioritises export business over phytosanitary protection,” the interprofessional said.

The demands come just weeks after Ailimpo welcomed an EU decision to strengthen controls on Turkish lemon imports following an increase in rejections due the presence of pesticides exceeding official EU limits.

In order to prevent the entry of CBS, which is not yet present in Europe, Ailimpo is calling for the EU to impose a range of measures from 2022, including: the coordination and harmonisation of border inspection services at all EU ports of entry; the exchange of inspectors between member states; and stricter controls at origin and in European ports.

The interprofessional is also demanding that more effective preventive chemical treatments should be used in the field at origin, which must obviously be carried out with active substances authorised in the EU.

Finally, Ailimpo has called for the automatic closure of imports when five interceptions have been made for Citrus Black Spot for the citrus category.